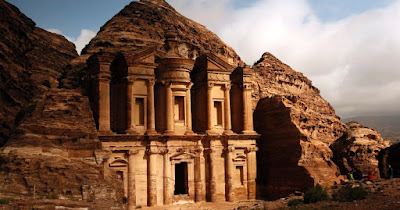 EXPERTS have made an astonishing find at Petra, the fabled caravan trade route crossroads city which Antinous and Hadrian visited on their way to a rendezvous with destiny in Egypt.

A giant new monumental platform was discovered just a kilometer from the ruins of the city in Jordan.

The archaeologists describe the unparalleled find as "a large rectangular platform" that measures 55 meters by 50 meters (184 feet by 160 feet) and was essentially "hiding in plain sight." 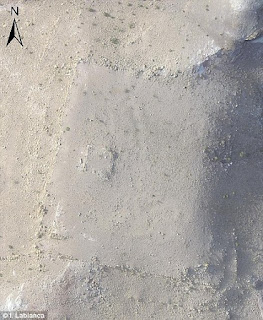 Within the massive platform is another, smaller one, that was at one point flagstone-paved.

The east side of the interior platform had been lined with a row of columns that once crowned a monumental staircase.

The small 28-by-28-foot (8.5-by-8.5-meter) building was centered north-south atop the interior platform and opened to the east, facing the staircase.

"Petra represents one of the most well-known and surveyed archaeological parks in the world. Yet significant structures within range of its central city remain to be discovered," wrote Sarah Parcak and Christopher Tuttle in the journal Bulletin of the American Schools of Oriental Research. 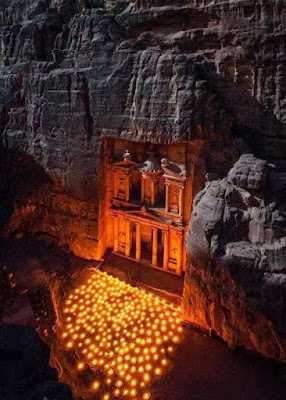 "This monumental platform has no parallels at Petra or in its hinterlands at present," they added.

"The amount of effort to construct the site was massive, yet the focal building itself is quite small," they said.

They speculate that ancient people built the platform "when Petra was flourishing as the capital city of Nabataean kingdom, possibly as early as the mid-century B.C.E."

Occupied since prehistoric times, the lost Nabataean civilization made the part-carved, part-built city their capital and a major caravan center of trade from the 4th Century BC to the first century AD.

During Hellenistic and Roman times it became a major caravan centre for the incense of Arabia, the silks of China and the spices of India ... a crossroads between Arabia, Egypt and Syria-Phoenicia.

Hadrian and Antinous stopped at Petra on their way from Antioch to Alexandria.