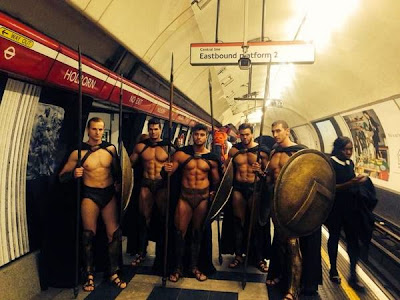 HOPLITES invade Holborn in the heart of London! We love this photo of historical men in full Hoplite gear on their way to a historical reenactment event. They form a phalanx which commuters can't get through. 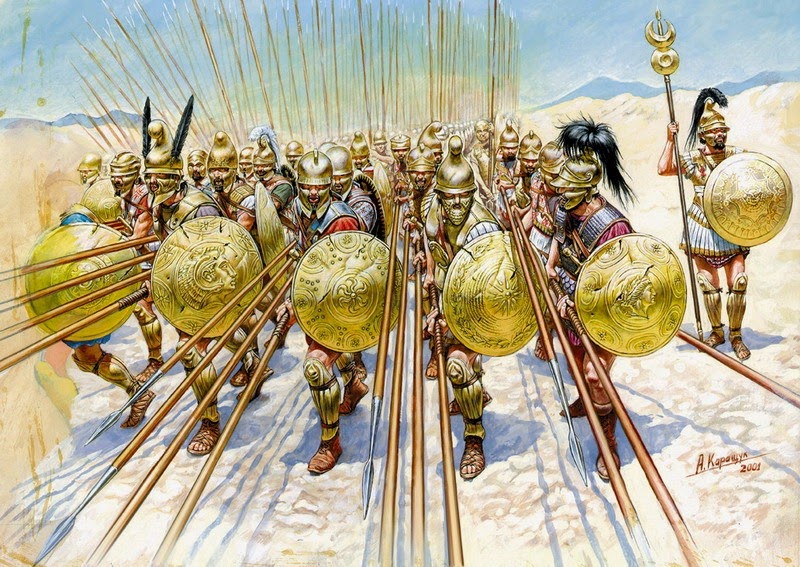 The "phalanx" of Ancient Greece was a formation in which the "hoplites" (warriors) would line up in ranks in close order.

The hoplites would lock their shields together, and the first few ranks of soldiers would project their spears out over the first rank of shields.

The phalanx therefore presented a shield wall and a mass of spear points to the enemy, making frontal assaults against it very difficult.

It also allowed a higher proportion of the soldiers to be actively engaged in combat at a given time (rather than just those in the front rank). 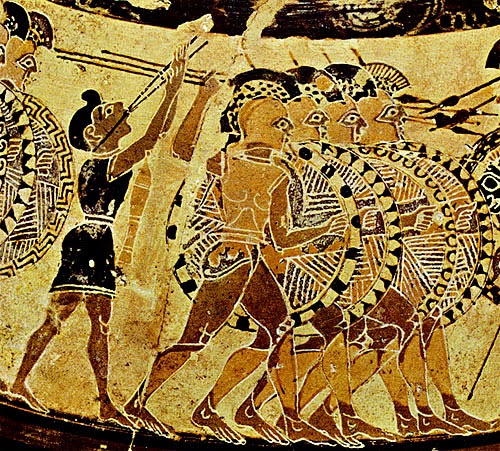 This image is from the Chigi Vase, found in an Etruscan tomb. This famous frieze shows Greek hoplites marching into battle.

Note the brave bugler boy just behind the front row, channeling all his terror into his pipes, creating a banshee wail which amplifies all the fear.

Wielding his pipes like a sonic weapon, he sends the sound into the ranks of the enemy ... penetrating their skulls and deep, deep into their hearts and souls.

The bugler boy wields the sound of his horn as a powerful weapon ... blaring his own fear through the trumpet ... into the heart of the enemy.

This is one of the great mystery teachings of the SACRED BAND OF THEBES ... the "Army of Gay Lovers"