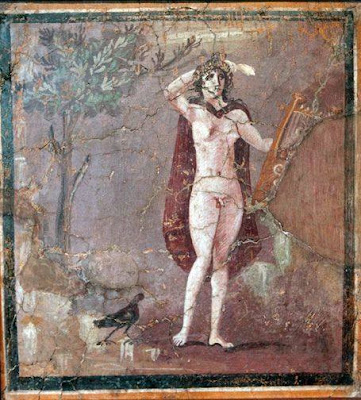 THE oldest profession of all appears to be alive and well in Pompeii after a blitz by vice police near the ancient city netted €200,000 in fines from street prostitutes and their customers in just two weeks.

Many of those targeted by police were transgender sex workers, some of whom actually entertained customers in the ruins of Pompeii.

Most, however, mingled with tourists lining up for admittance into the famous archaeological site and found customers that way.

On average the 30 or so prostitutes working in Pompeii were each fined six times in 15 days.

That came after authorities ordered a crackdown in streets where visitors arrive from all over the world to gather to enter the celebrated archaeological site.

The links between past and present activities have not been lost on locals. Ancient Pompeii was one giant, seaside fleshpot for Rome’s upper classes, where aristocrats and merchants thought nothing of mixing business with pleasure, before it was destroyed by a devastating eruption of Mount Vesuvius  in 79 AD.

At that time the city was not embarrassed to advertise the carnal pleasures on offer.

And in 2006 thousands of tourists queued to see the city’s most extravagant brothel.

The Lupanare ... from the Latin word lupa for prostitute ... was re-opened after a lengthy restoration and has drawn huge crowds ever since.

In the 21st Century, the sex trade is more frowned upon than in the 1st Century.

In addition to handing out €400 fines during this months's raids, the police issued local "expulsion" orders to 12 women to prevent them from re-entering the area.

Four others were accused of having breached existing orders.

Police also arrested one prostitute and a client who were caught in flagrant.

Naples's Il Mattino newspaper said the action took place mainly in the three streets Via Villa dei Misteri, Porta Marina Inferiore and Via Plinio, all close to the archaeological site, where the prostitutes worked day and night and even mingled with tourists or commuters there and in the nearby train station.

Many were dressing in dowdier clothes to throw police off the scent, while others were conducting business in the local supermarket, approaching potential customers with the age-old question: "Have you got a light?" Affirmative responses led to a discussion of menu prices that range from €30 to €100, not including the cost of a hotel.