ACCOMPANY ANTINOUS INTO ROME
WITH THE NEW APPIAN WAY APP

THE Appian Way, ancient Rome’s "queen of roads," enters the digital age as a revolutionary new app launches this coming week, enabling you to see the sights that Antinous saw as he entered Rome.

The audio-only Verba Appia app is available for free on iOS, Android and Windows Phone both in the Italian and English version. Produced by Rome’s archaeological superintendency, with Mondadori Electa publishing house, the app lets visitors leave geolocalized audio messages ... similar to the graffiti left in the past ... while being entertained with finely crafted audio dramas. 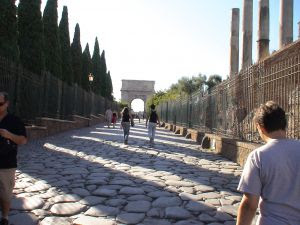 The aim is to get more visitors to the historic area while creating a social audio network that will be treated as a permanent cultural addition to the site.

"Forget audio guides. This is a totally new way of interacting with the cultural heritage," Fabrizio Funtò, executive producer of Studio MCM, who conceived and developed the app, told Discovery News.

Rome's gateway to the east, the Appian Way, or Regina Viarum (the queen of all roads) was Europe's first super highway. Paved with blocks of lava or stone, it was originally created as a large military road in 312 BC by Appius Claudius Caecus and stretched for some 350 miles to the Adriatic port of Brindisi.

The app focuses on the part of the Appian Way running from the Colosseum to the outermost suburbs of Rome over about 10 km (6 miles). A concentration of ruins of Roman villas, tombs, mausoleums, inscriptions, towers, catacombs and aqueducts make this area the world’s largest archaeological site. 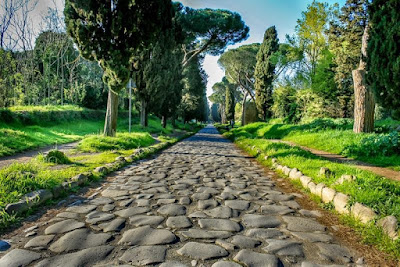 "With Verba, the ancient road becomes a superhighway of communication.

Visitors are taken into a universe of localized contents and stories," Funtò said.

"We are not talking of the usual information offered by audio guides, but rather mini audio dramas that will make visitors experience the best of this site," Rita Paris, the Italian state archaeological official responsible for the Appian Way, told Discovery News.

"There is just one requirement to use the free app: you must visit the Appian Way at least once," Paris said.

Following the visit, people can virtually repeat their tour on a dedicated social site. There they can record new comments, participate in the story cloud and continue the conversation with other visitors.