500 ARTEFACTS FROM ANCIENT GREECE
BROUGHT TOGETHER IN ONE EXHIBITION 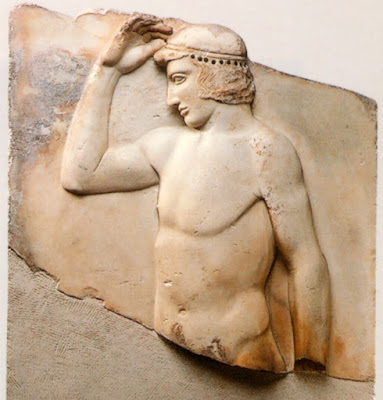 IF time, money and logistics were no issue, you could conceivably fly to Greece, visit 21 different museums in Athens, Thessaloniki, Pella, Mycenae, Vergina, Delos, Sparta and Herakleion, and see 500 priceless, widely varied artifacts that span 5000 years of history — from the Neolithic period of the early 6th millennium B.C., to the Alexandrian empire of the first couple of centuries B.C. 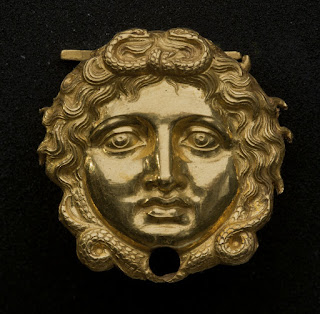 But, between now and 10 April 2016, you can make just such a "once-in-a-lifetime" trip in record time and at very low cost simply by heading to the Field Museum in Chicago.

There a new exhibition, "THE GREEKS: Agamemnon to Alexander the Great," brings together sculpture, masks, vases, jewelry, armaments and archeological treasures rarely permitted to leave their country of origin.

More importantly, the show will use these objects to explore the evolution of ancient Greek politics, economics and culture, and provide a better understanding of the fertile soil out of which grew the democratic concepts, literature, theater, art, architecture and athletics considered foundational elements of Western civilization.

It was developed in conjunction with the Hellenic Ministry of Culture, Education and Religious Affairs in Athens, two Canadian museums (the show already has been seen in Ottawa and Montreal), and the National Geographic Museum in Washington, D.C. (where it will head following its U.S. debut at The Field).

Posted by Hernestus at 6:25 PM