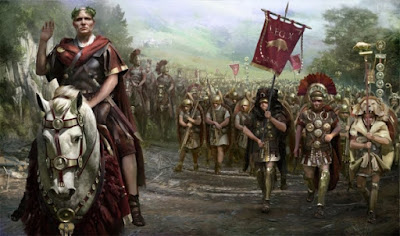 DUTCH archaeologists say they have proven for the first time that Julius Caesar set foot on what is now Dutch soil, annihilating two Germanic tribes in a battle which left around 150,000 people dead.

The two tribes were massacred in the fighting with the Roman emperor in 55 BC, on a battle site now at Kessel, in the southern province of Brabant.

A wealth of skeletons, spearheads, swords and a helmet have been dug up at the site over the past three decades.

But now carbon dating as well as other historical and geo-chemical analysis had helped to prove they dated back to the 1st century BC, the Vrije Universiteit in Amsterdam said in a statement. 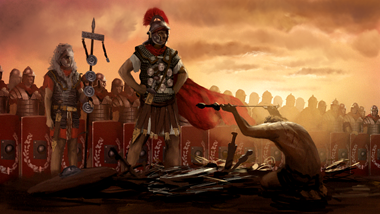 "It is the first time that the presence of Caesar and his troops on Dutch soil has been explicitly shown," said archaeologist Nico Roymans.

The two tribes, the Tencteri and the Usipetes, had originally come from an area east of the Rhine and had asked Caesar for asylum.

But Caesar refused and ordered his eight legions and calvary to destroy them, the Amsterdam university said.

Caesar had written about the battle in his firsthand account of the Gallic wars, "De Bello Gallico", but the exact location had remained a mystery until now.