PYROCLASTIC PLASTIC BRINGS POMPEII
BACK FROM THE ASHES IN SYDNEY 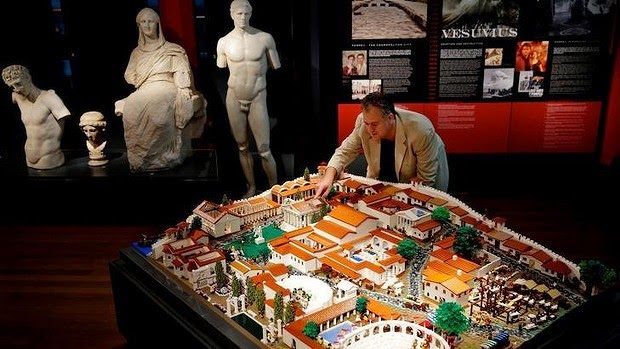 With more than 190,000 LEGO bricks and taking more than 500 hours to create, LEGO Pompeii ... one of the largest LEGO historical models ever built ... will be revealed at the University of Sydney's Nicholson Museum this weekend in Australia.

It is the third LEGO model commissioned and presented by the Museum and follows the LEGO COLOSSEUM and LEGO ACROPOLIS (currently on loan to Athens) - all built by Ryan McNaught (Mr Brickman), the only LEGO certified professional in the southern hemisphere. 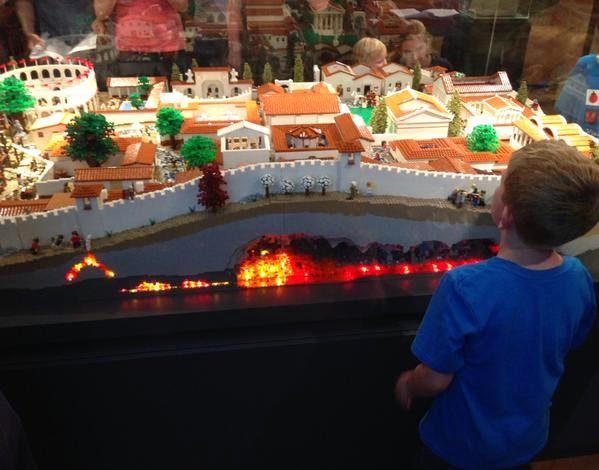 McNaught has recreated key sites in Pompeii such as the city's Forum, the Temple of Isis, several villas and the city's gladiatorial arena.

As always, there are many little surprises tucked away to bring a smile to visitors' faces.


"This is roughly twice the size of the Lego Acropolis and that brought with it a whole series of challenges," says McNaught, the Melbourne-based Lego master-builder who has constructed all three of the models.

"One of the main challenges was that my workshop doors aren't big enough, so it had to be built in two halves, which is a harder logistical exercise than it sounds," he told the Sydney Morning Herald.

Lego Pompeii depicts the town in its pre-catastrophe glory and in its current state features models of more than 50 of the site's main buildings.

"There are a lot of stories going on in it," McNaught says. "I was given a long list of what to include. The trick was to achieve those things without upsetting the size and scale of the model." 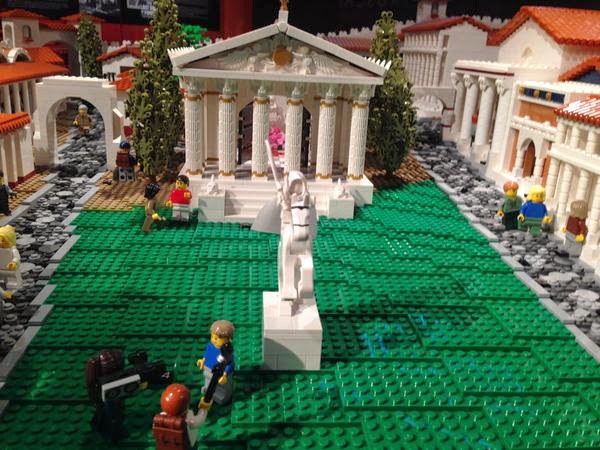 The LEGO series is the brainchild of Nicholson Museum Curator, Michael Turner, who says he always believed the models are an ideal way to engage people of all ages with the fascinating history of ancient Rome and Greece.

The museum's Manager of Education and Public Programs, Dr Craig Barker, adds: "LEGO Pompeii will prove to be one of the most valuable educational tools in the museum, as we use it to explore ancient Roman daily life. I've had teachers phoning us for months asking what date it opens, such is the demand for a fun way to engage with the past." 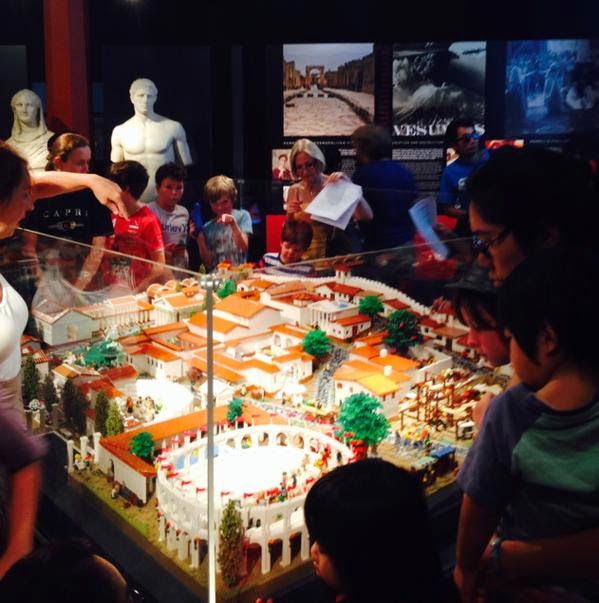 While the whole city of Pompeii won't be recreated, LEGO Pompeii will replicate three main phases of the city's history: as it was in 79 AD when destroyed by the eruption of Mount Vesuvius; as it was when re-discovered in the 18th century and the ruins of the city as it stands today.

The model includes quirky details connected to the history of the city such as Mozart in the Temple of Isis where he is said to have drawn inspiration for The Magic Flute to Pink Floyd, who performed at the Amphitheatre.

There's even Doctor Who and his TARDIS, recreating an actual episode of the BBC TV series.

The exhibition opens on Saturday with a series of free, fun events including the chance to handle artefacts, meet archaeologists, dress up as warriors and build your own LEGO creations. LEGO Pompeii will be on display throughout 2015.