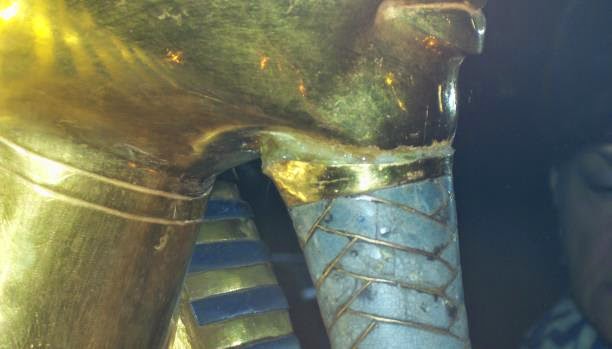 WHERE'S a curse when you need it? Curators at the Egyptian Museum in Cairo broke off King Tut's beard ... and glued it on crooked ... scratching off some gold plating ... allowing super-glue residue to ooze out of the crack ... permanently desecrating this irreplaceable treasure. 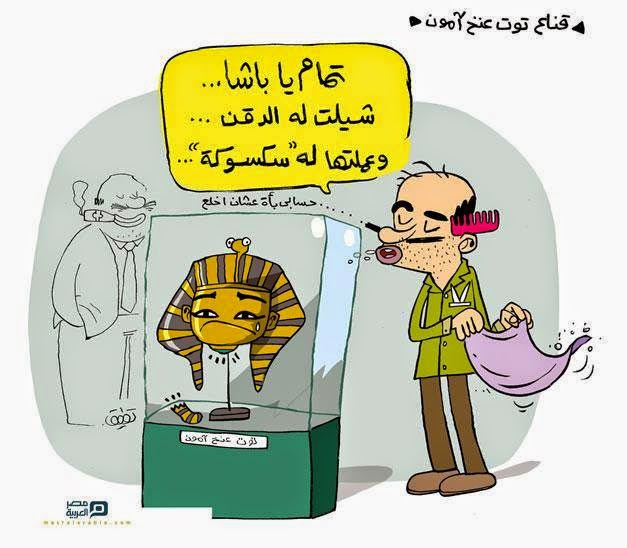 In her exclusive TWITTER EXPOSÉ, she says it started in October when a curator opened the mask's glass display case to replace a light bulb.

"Unfortunately, he held the mask unprofessionally, that led to the dislocation of the false beard," she tweeted. 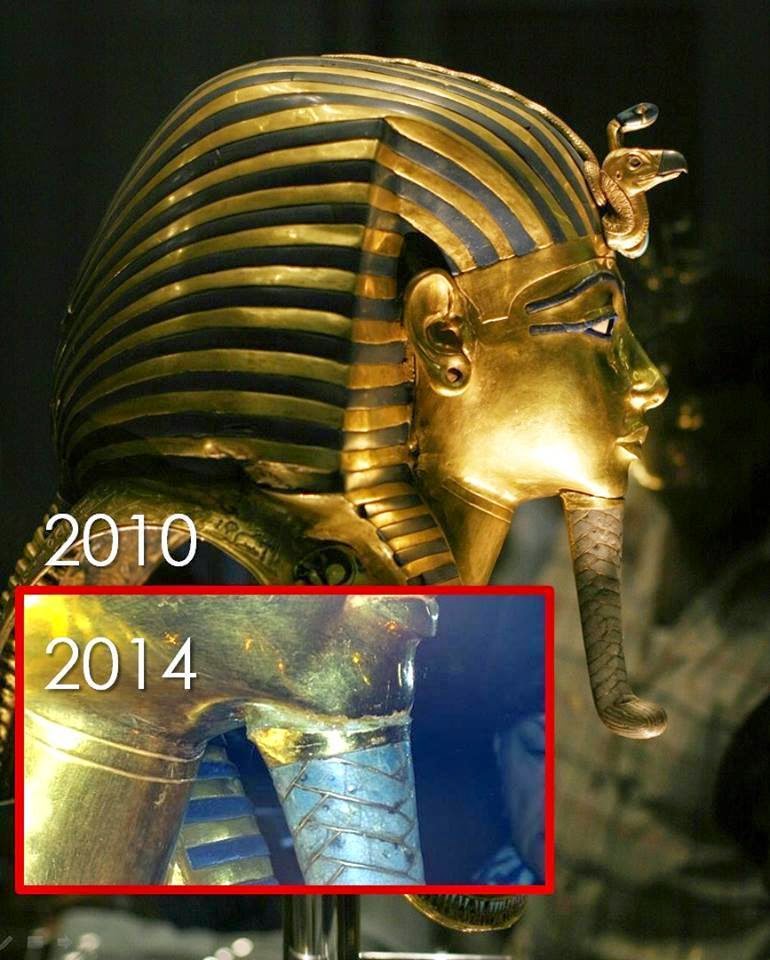 Some of the epoxy oozed out of the crack.

"The director of conservation tried to fix the extra epoxy by using sandpaper, which led to the scratching of the mask," Hanna added.

Five young conservators tried to report the fiasco to the Ministry of Antiquities and the news media in late October, but were forced to be silent.

Rumors spread nonetheless, and the Minister of Antiquities visited the museum on November 17 and immediately punished the conservators, Hanna tweeted.

The minister today issued a statement denying any cover-up, despite widespread reports that he has known of the situation for at least two months. 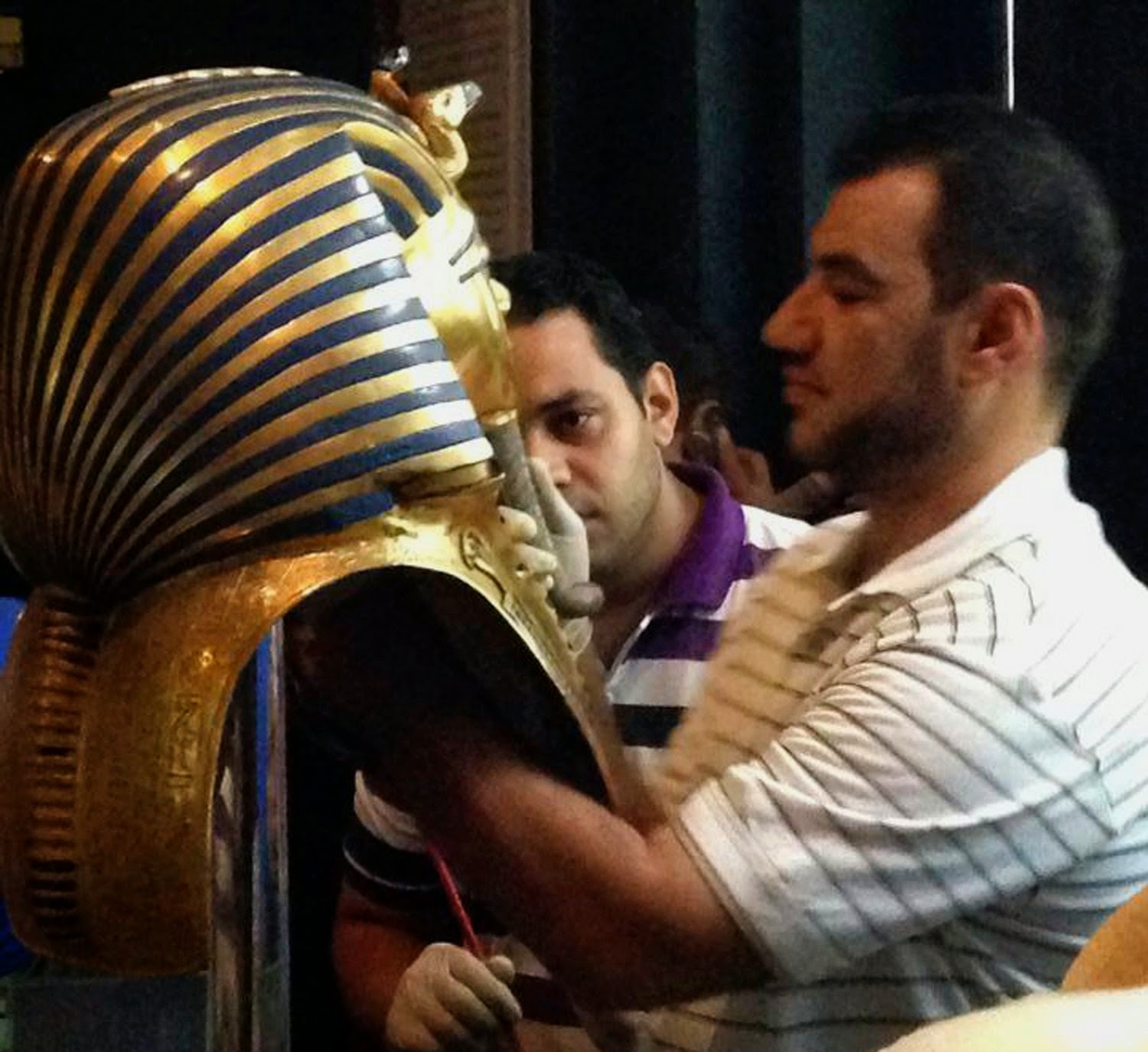 Usually, when unintentional breakages occur, it is compulsory to report it to the Ministry of Antiquities so that specialists can be deployed to fix it professionally.

However, in this case, the source at the museum explained that these procedures were not followed.

Instead, the head of the renovations team, Elham Abdelrahman, is alleged to have panicked and called her husband - also working on the renovation of the Egyptian Museum - who decided he'd repair the mask himself, using epoxy glue which can be purchased at any DIY store, and cannot become unstuck.

To make matters worse, the glue was applied to thickly, and oozed over the seam when the beard was pressed into place, drying visibly on the left-hand side of the beard and chin.

To "fix" this glaring evidence that the mask had been tampered with, the team attempted to scratch off the residue, only damaging it further.