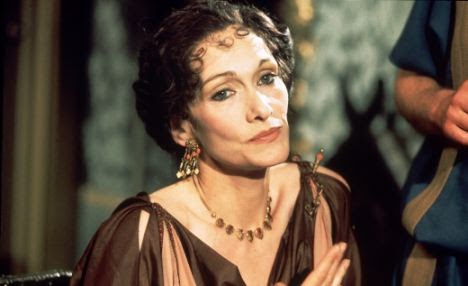 MENTION the name Livia, and the image pops to mind of a treacherous and vindictive woman, as beautiful as she was wicked and cruel — a kind of Ancient Roman Disney witch.

Second wife of the Emperor Augustus and the mother of his successor Tiberius, Livia has been vilified by posterity (most notably by Tacitus and Robert Graves) as the quintessence of the scheming Roman matriarch, poisoning her relatives one by one to smooth her son's path to the imperial throne.

Played by Siân Phillips with viperish glee in the classic BBC TV drama series "I, Claudius", she hissed and writhed through the marble halls of the emperor's palace, leaving corpses in her wake as she ruthlessly intrigued to get her one surviving son, Tiberius, to the Imperial throne — finally even poisoning Augustus himself and forging his will.

Now a new book says Livia was not evil, she was merely a powerful and ambitious woman — and as such, she was damned by male historians.

Like Egypt's Hatshepsut, Livia MUST have been a wicked and cruel step-mother who would stop at nothing in her own quest for power. Or so it was claimed by male historians from Tacitus to Robert Graves in the 20th Century.

In recent years, Hatshepsut has been vindicated, most notably by historian Joyce Tyldesley. Dr. Tyldesley says Hatshepsut's name was erased from historical records by male successors who feared a "female pharaoh" was a dangerous precedent — dangerous to male domination.

Now it is Livia's turn to be vindicated in the new historiographical book "Empress of Rome: The Life of Livia" by Matthew Dennison. In this elegant and rigorously researched biography, Dennison rescues the historical Livia from the crudely drawn sexist caricature of the popular imagination.

He depicts a complex, courageous and richly gifted woman whose only true crime was not murder but the exercise of power, and who, in a male-dominated society, had the temerity and chutzpah to create for herself both a prominent public profile and a significant sphere of political influence.

As with the life of Hatshepsut, the challenge facing any biographer of Livia is the lack of recorded facts. To handle this problem, "Empress of Rome" tells her story in a series of thematic chapters in roughly chronological order. 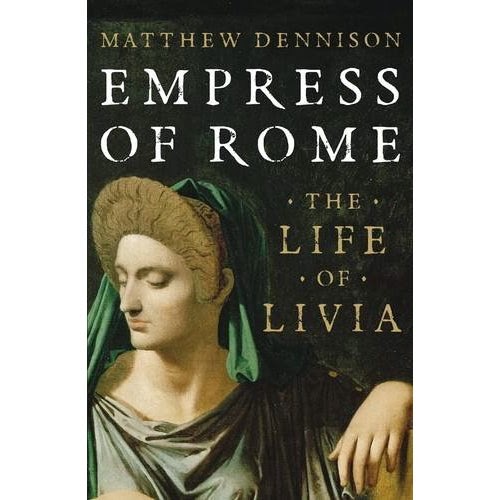 It makes for riveting reading.

All that we can be certain of is that Livia enjoyed a reputation for probity and traditional values. She seems to have taken care not to interfere in politics, although always on hand to give confidential advice to her husband Augustus. And he has gone on record as having valued her advice.

Dennison convincingly demonstrates in his biography of this much put-upon woman that she hardly needed to resort to poisoning anyone in an age when poor hygiene and lack of antibiotics meant that anyone might die at any time.

Reports of poisoning in the Roman empire tended to coincide with epidemics, unrecognised or misunderstood by the unreliable medical science of the day.

In some cases Livia was many hundreds of miles away from her putative victims and would have had to hire agents to do the dirty deed for her — an extraordinarily foolhardy risk.

A line of hopeful young noblemen, one after another, was struck down mysteriously. The first was Marcellus, Augustus's nephew, who (probably) died of typhoid fever at the age of 20.

The whisper spread that Livia had administered poison. Similar rumours blamed her for the deaths of her younger son Drusus, the emperor's grandsons Gaius and Lucius Caesar, and even Augustus himself (supposedly she smeared figs on his favourite tree with venom).

Her alleged motive was love for her eldest boy Tiberius, in whose interest she meant to eliminate all competitors for the imperial succession. She was a Claudian and wanted to ensure a Claudian dynasty, or so the story goes.

The idea of Livia as serial killer was given new life by Robert Graves in his historical novel "I, Claudius", and she reached a mass audience in the television series of the book, memorably interpreted by Siân Phillips.

Where did Graves get his Livia? The key figure is Tacitus, a Roman historian whose "The Annals Of Ancient Rome" is one of the great masterpieces of historical literature.

Tacitus disliked Livia. In fact he loathed her. Writing slightly more than a century after Livia's heyday, he never directly accused the empress of mass murder but slyly insinuated it with a nudge and a wink. Graves simply fleshed out those insinuations in his historical novel — historical fiction which readers accepted as historical fact. 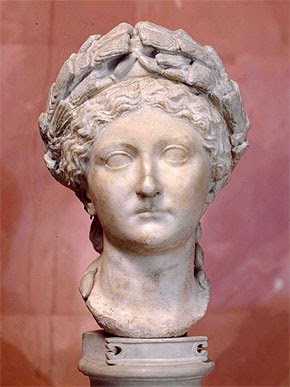 But Dennison points out that at least two historians of the Roman Empire, who were actually writing at the time, made very few criticisms of Livia.

Born in about 58 BC, she came from an upper-class Roman family living under a strict moral code, which was even stricter for women.

They wove a lot. They looked after the household and the education of their children. A contemporary wrote that an ideal wife "can relax with her husband and he can confide all his secrets to her since it is like confiding in himself".

That explains the genuinely close relationship between Liva and Augustus.

This doesn't change the fact that she was a Claudian and family dynasties were what really mattered. Octavian Caesar (who became Augustus) married into Livia's Claudian family because it gave him more power. She conveniently left her husband to marry Augustus because he was rich and powerful.

The problem for Livia was that Augustus wanted to create, in essence, a hereditary monarchy. That would exclude her sons by Claudius Nero, and she could have none by Octavian (now dubbed Augustus).

That meant the end of the line for the Claudians.

The rivals who stood in her way went down like ninepins, although not necessarily by Livia's hand.

Marcellus, Augustus's nephew and the first to go, could well have died of typhoid, says Dennison.

Augustus's daughter Julia was exiled to a rocky islet off the Italian coast after Livia fed the puritanical Augustus stories of her wanton immorality. No proof, says the author.

Postumus, another grandchild of Augustus, murdered, while unarmed, by an unknown hand on the islet to which his mother Julia had been exiled? The identity of the killer is still open to debate, we are told.

However, there is little question about the death of Augustus himself. It is a near contemporary historian who records Livia smearing poison on some figs and offering them to him with her own hand.

And there is no question that Livia, skilled in "medicinal potions", lived to be nearly 90 years old — more than twice the average life span. And she did indeed ensure that the Claudians remained in power through Tiberius, Caligula, Claudius and Nero.

And, of course, it was her grandson Claudius who proclaimed her an immortal goddess, thus absolving her of all earthly misdeeds — whether factual or only fictional.

Posted by Hernestus at 3:30 PM