THE ETRUSCANS WERE NOT INVADERS
CONTRARY TO ROMAN PREJUDICE 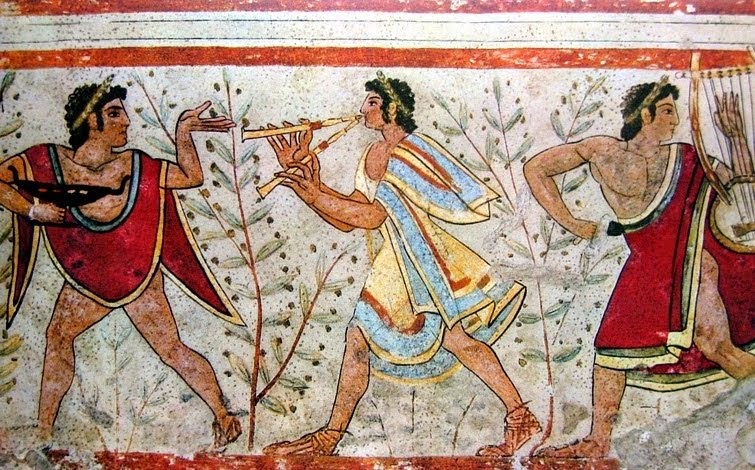 Using DNA fingerprinting, archaeo-geneticists have determined that the Etruscans are more closely related to other Italian peoples than they are to those in modern-day Turkey, former Asia Minor.

In fact, they are genetically identical with the Romans themselves, which would be a slap in the face to any Patrician in Ancient Rome.

The Roman view was that the Etruscans were interlopers who arrived on the shores of the Italian peninsula and had to be crushed by noble Romans.

The Etruscan culture is documented in Etruria, Central Italy, from the 8th to the 1st Century BC. For more than 2,000 years there has been disagreement on the Etruscans’ biological origins, whether local or in Anatolia.

Genetic affinities with both Tuscan and Anatolian populations have been reported, but all attempts have failed to fit the Etruscans' and modern populations in the same genealogy ... until now.

Now a team of scientists led by Guido Barbujani, a geneticist at the University of Ferrara, and David Caramelli, anthropologist with University of Florence, have solved the 2,000-year-old mystery of the origin of the Etruscans.

They extracted and typed the hypervariable region of mitochondrial DNA of 14 individuals buried in two Etruscan cemeteries, analyzing them along with other Etruscan and Medieval samples, and 4,910 contemporary individuals from the Mediterranean basin.

Comparing ancient (30 Etruscans, 27 Medieval individuals) and modern DNA sequences (370 Tuscans), with the results of millions of computer simulations, the scientists showed that the Etruscans can be considered ancestral, with a high degree of confidence, to the current inhabitants of Casentino and Volterra.

But they are not the ancestors of the contemporary population of Asia Minor.

They determined that the genetic links between Tuscany and Anatolia went off in different directions at least 5,000 years ago, strongly suggesting that the Etruscan culture developed locally on the Italian peninsula, and not as an immediate consequence of immigration from the Eastern Mediterranean shores.
Posted by Hernestus at 9:00 AM