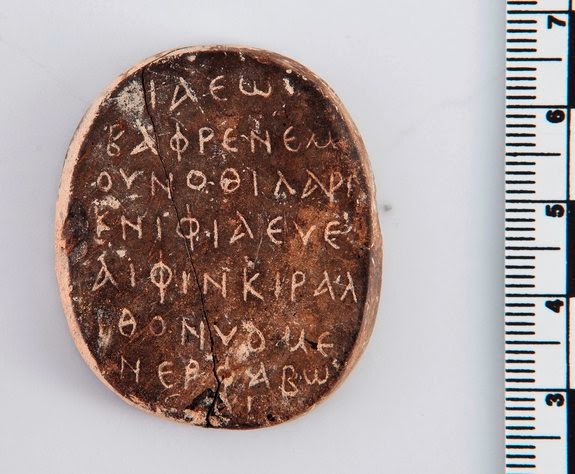 AN ancient, two-sided amulet uncovered in Cyprus contains a 59-letter magical inscription that reads the same backward as it does forward ... and more importantly, it proves that Christianity borrowed heavily from Paganism.

Historians have long sought compelling proof that Pagan beliefs, such as the Religion of Antinous, heavily influenced the fledgling Christian religion.

Archaeologists discovered the amulet, which is roughly 1,500 years old, at the ancient city of Nea Paphos in southwest Cyprus.

They say it proves that Egyptian deities were still being worshipped alongside Christianity in the 6th Century AD.

The magical inscription equates Jehovah with the Egyptian Sun God Re. 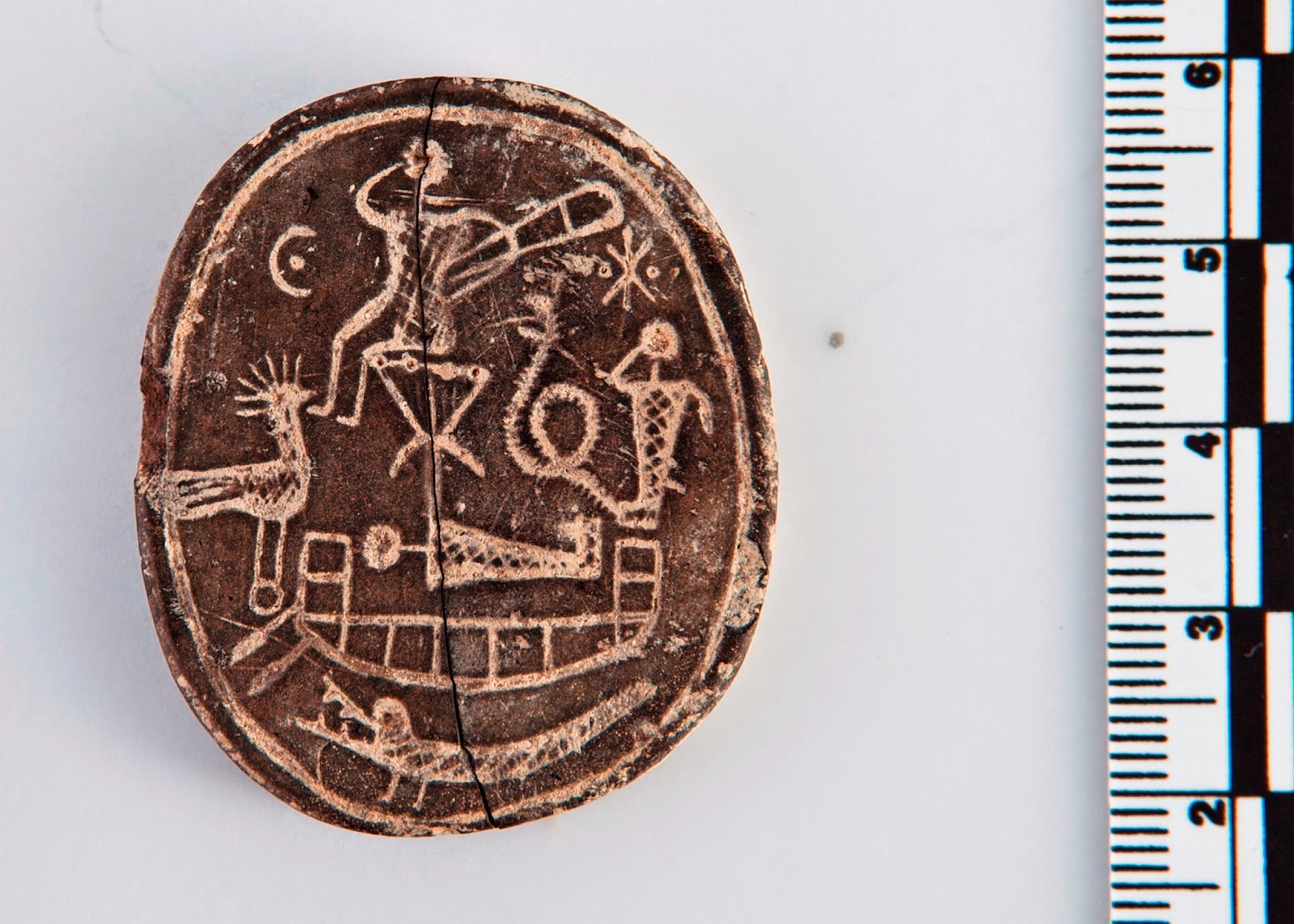 One side of the amulet has several images, including a bandaged mummy (likely the Egyptian god Osiris) lying on a boat.

Harpocrates, Horus as a Child, sits on a stool pointing a finger to his lips.

A solar glyph hovers in front of Harpocrates and a star glyph is behind him.

An unidentified child-like figure on the right also lifts its right hand to its lips. News reports cite the researchers as saying it is an Anubis-like being with a canine head, though that is not apparent from the photo of the amulet. A serpent coils forth from the figure's feet.

In Ancient Egyptian iconography, holding a finger to one's lips signifies a child. Some erroneously say Harpocrates is gesturing for silence. But in fact, the gesture represents a child sucking its finger, and the Egyptians used that glyph to signify youthful innocence.
A crocodile with open jaws crawls along the bottom of the image.

On the other side of the amulet is an inscription, written in Greek, that reads the same backward as it does forward, making it a PALINDROME. It reads:

This translates to "Iahweh (Jehovah) is the bearer of the secret name, the Lion of Re secure in his shrine."

Researchers have found similar palindromes elsewhere in the ancient world writes Joachim Śliwa, a professor at the Institute of Archaeology at Jagiellonian University in Kraków, Poland, in an article recently published in the journal Studies in Ancient Art and Civilization.

Śliwa notes that the scribe made two small mistakes when writing this palindrome, in two instances writing a "ρ" instead of "v."

The amulet was discovered in the summer of 2011 by archaeologists with the Paphos Agora Project.

Led by Jagiellonian University professor Ewdoksia Papuci-Wladyka, this team is excavating an ancient agora at Nea Paphos, and uncovered this amulet during their work. Agoras served as gathering places in the ancient world.

Amulets like the one found at Nea Paphos were made to protect their owners from danger and harm, Papuci-Wladyka told LIVE SCIENCE in an email.