GAY MEN HURLED TO THEIR DEATHS
BY JIHADIST BARBARIANS IN IRAQ

And unlike two earlier executions, where a total of three men were stoned to death by Islamic State militants in Syria for alleged homosexuality, these latest killings were carried out by throwing the victims off the roof of a tall building. 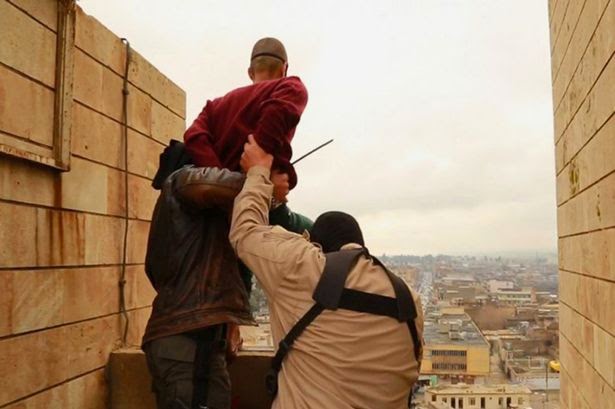 Graphic photos of the executions were then uploaded to Twitter.

One photograph shows one of the two victims being held by another man, apparently his executioner, on the edge of a rooftop.

Another photo, taken from the top of the building from where the man was apparently pushed to his death, shows a large crowd gathered in the public square below.

An image shows a man with his face covered by a black balaclava, reading out the sentence imposed on the man under the IS group's version of Shari'a law. 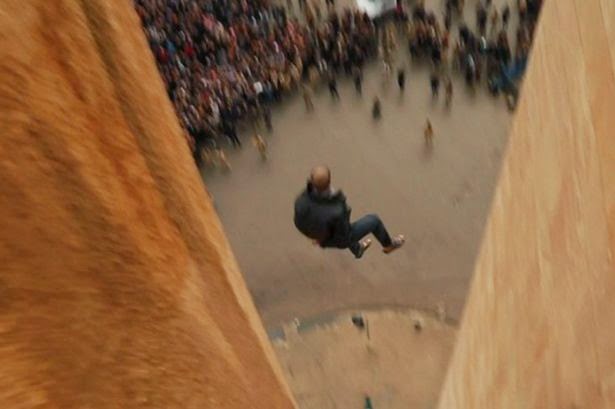 The caption to the photograph says that the verdict was issued by a Shari'a court in "Wilayat Nineveh," IS's name for Mosul and its environs.

Text accompanying the photograph says that the man is being punished with "Hadd," meaning a punishment that is determined in the Koran and the Hadith for crimes against God.

The caption noted that the man had committed the crime of the practices of the "people of Lot," a euphemism for gay sex, and that he must be killed by being "thrown from a high place." 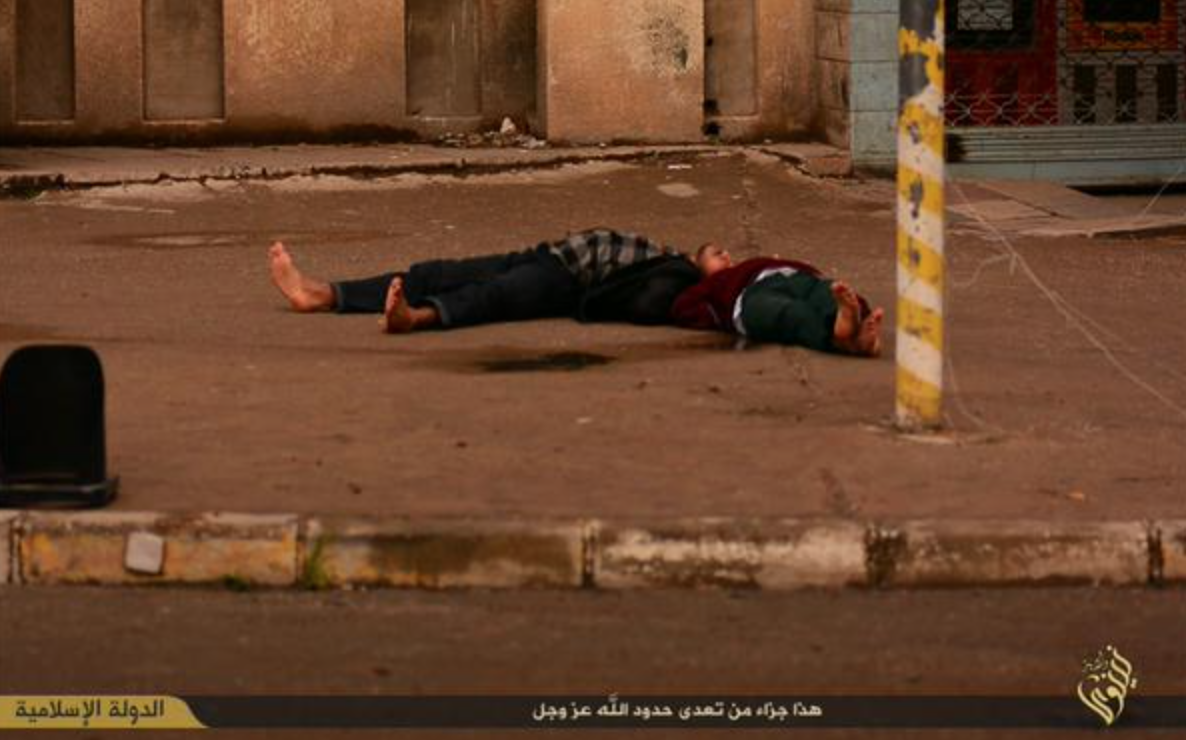 A graphic image shows one of the two men hurtling to his death.

Another image shows two bodies on the ground.

The situation for LGBT people living in areas controlled by ISIS extremists could not be more bleak: international human rights groups say they are "at imminent risk of death."

The next time someone tells you how offensive images depicting the prophet Muhammad are, show them these images instead.