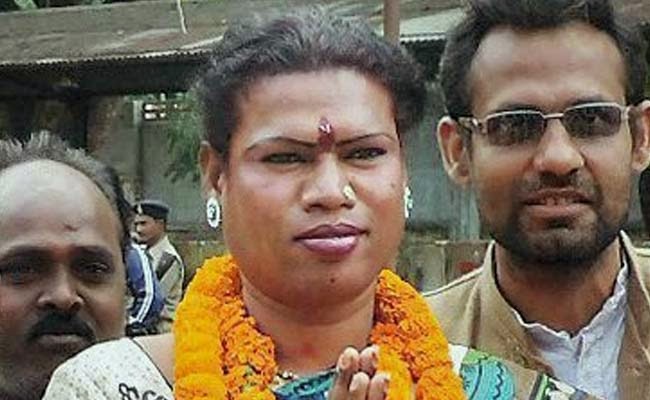 FOR the first time a transgender hijra candidate has won a mayoral election in India.

Madhu Kinnar, an independent candidate, won the election in the Chhattisgarh's Raigarh Municipal Corporation by 4,357 votes on January 4.

She beat the Bharatiya Janata Party’s Mahaveer Guruji, and was named the mayor of Raigarh.

The 35-year-old Kinnar previously worked as a singer and dancer on trains between Howrah and Mumbai, and stopped only when she was asked to be a candidate for mayor.

"It was the public support that encouraged me to enter the poll fray for the first time and because of their support only, I emerged as the winner," she said.

"People have shown faith in me. I consider this win as love and blessings of people for me. I'll put in my best efforts to accomplish their dreams."

Kinnar's win is a first for India, and stands as an historic victory. In India, transgender people, known culturally as Hijras, often consider themselves to be a third gender which is neither male nor female.

India’s Supreme Court issued a landmark verdict last April, creating a new category that allows transgender people to identify themselves as such on official documents, and recognising them for the first time.

The ruling caused outrage among LGBT activists and many of the county’s politicians. Despite several attempts to have the ruling thrown out, it remains.