THE gateways of an ancient Roman fort in Britain built by Emperor Hadrian are aligned with the light from the sun during the summer and winter solstices — a design that would have resulted in a striking scene on the shortest and longest days of the year, a researcher says.

"Moreover, the four towers of the garrison seem aligned to cardinal directions," Amelia Carolina Sparavigna, a physics professor at the Politecnico di Torino (Polytechnic University of Turin) in Italy, wrote in the study, published December 17 in the JOURNAL PHILICA. 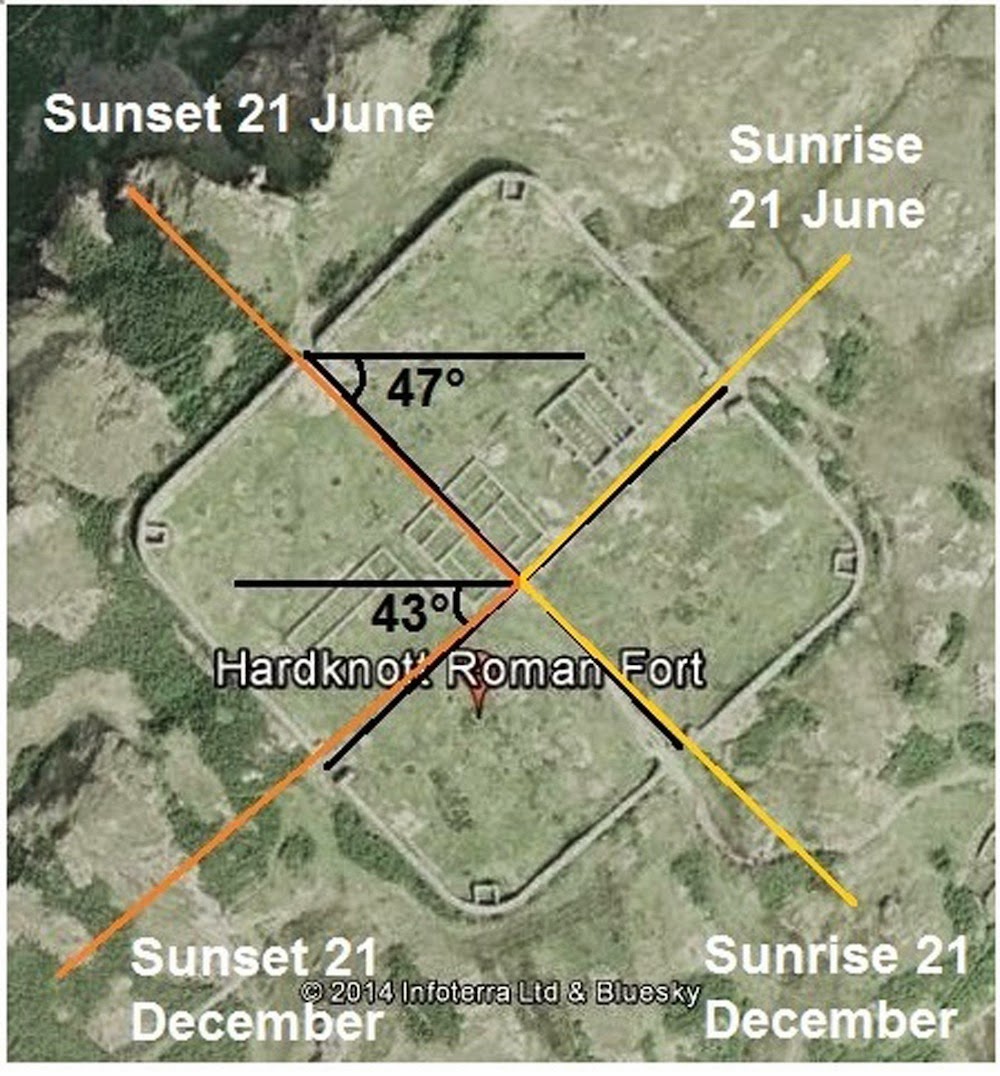 The fort's ruins are located near Hardknott Pass in Cumbria, England, and offer a commanding view of the sprawling Eskdale Valley.

Built during the reign of HADRIAN, who ruled from A.D. 117 to 138, the structure was part of a series of fortifications that once guarded the Roman frontier in Britain.

Sparavigna used online software to calculate the angles at which the solstice sun rises and sets at the fort.

She then used satellite maps available on Google Earth to determine how the rising and setting solstice sun compares to the fort's features.

"This image is very interesting, because we can easily imagine the sun passing through the four gates on solstices," Sparavigna said.

But the reason for the fort's celestial alignment remains unclear.

In her paper, and in an email to LIVE SCIENCE, Sparavigna noted that she is not an expert on Roman religion. However, she did offer some ideas that might help to explain the alignment.

"An orientation of sacred places to sun and sky is common to several religions," Sparavigna told Live Science in an email. It is "quite possible that the Hardknott fort has a symbolic homage to the sun," she said. "The god could be Sol, the ancient Roman god of the sun, which evolved [into] Sol Invictus (a deity whose name means 'unconquered sun')."

Another possible link could be with MITHRAS THE GOD OF LIGHT, "whose mysteries were a religion popular in the Roman army," Sparavigna wrote in the study. The worship of Mithra originated in Persia but became popular throughout the Roman Empire.