ROMAN LADY HID HER JEWELRY SO WELL
IT STAYED HIDDEN FOR 2,000 YEARS 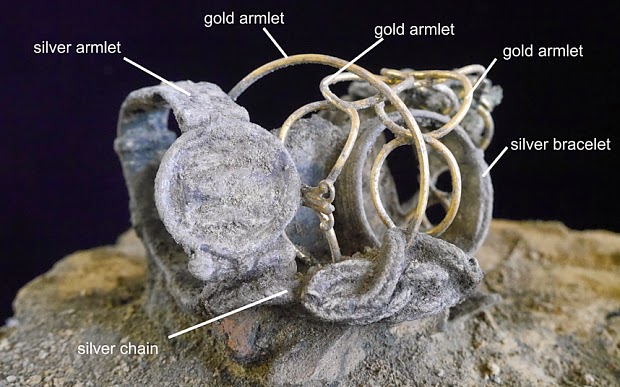 A Roman lady in Britannia hid her jewelry so well from rebellious British tribes that it stayed hidden for 2,000 years ... only now being found under an English department store.

Gold and silver armlets, bracelets, rings and coins were found buried in the remains of a Roman house beneath the Williams and Griffin store in Colchester.

It is thought they were hidden by their wealthy owner in AD 61, when Boudicca's British tribes famously burned the Roman town to the ground, leaving nothing standing. 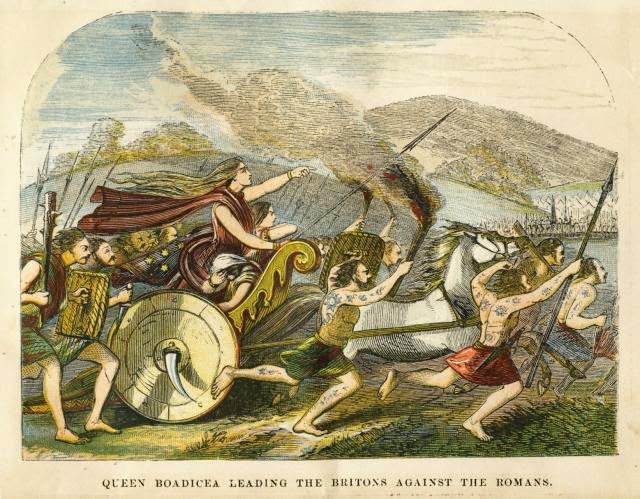 Colchester Archaeological Trust said it was a "remarkable Roman collection".

The jewelry was found during renovation work at the shop.

Philip Crummy, the archaeological trust's director, said it was discovered three days before the six-month dig was scheduled to end.

It was buried in a layer of red and black debris ... the remains of burnt clay Roman walls ... found under much of Colchester.

Boudicca (also Boudica or Boadicea), queen of the Iceni tribe, spearheaded an uprising which very nearly succeeded in overthrowing Roman rule in Britannia.

Starting with just a few fighters and picking up thousands more along the way, she razed Roman towns to the ground. One of the most devastated Roman outposts was the trading town Camulodunum, modern-day Colchester, where every building was torched, even the Temple of Emperor Claudius with priests cowering inside it.

The "quality" of the jewelry suggested its owner was a wealthy woman and had hidden the jewels to keep them safe from the enemy, Mr Crummy said. 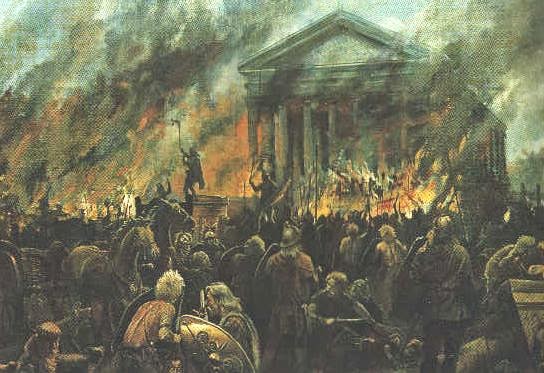 "Boudicca and her army destroyed London and St Albans, though many of their inhabitants had time to escape.

"The townsfolk of Colchester were not so fortunate.

"They were not evacuated and endured a two-day siege before they were defeated."

The jewelry has been taken to a laboratory for further examination and cleaning.

They are also believed to date from AD 61 and were "likely to be the remains of people who died in buildings set on fire by the British as they overran the town", Mr Crummy said.