ANTINOUS SETS SAIL UP THE NILE
ON HIS FINAL FATEFUL JOURNEY 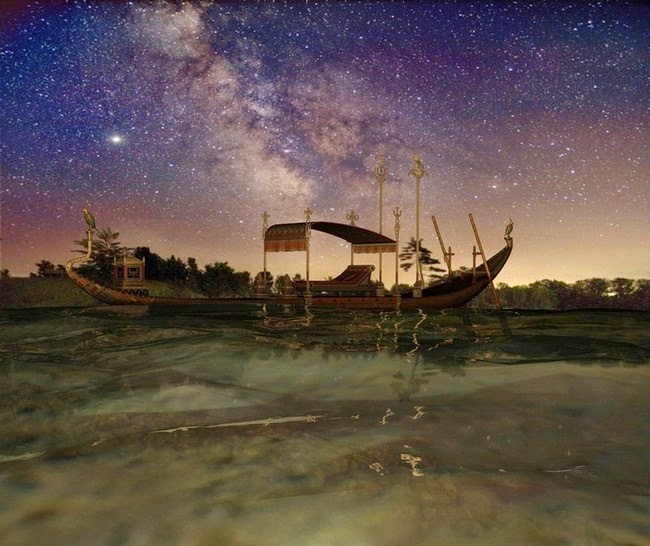 THE Imperial entourage headed by Emperor Hadrian and his beloved Antinous set sail in a fleet of gilded ships that would carry them up the Sacred Nile in September 130 AD.

The inundated waters were beginning to recede making the journey possible, as it was forbidden for the "Pharaoh" to travel on the river while it was still in flood.

Antinous and Hadrian assumed their places on the sacred boat, from which later, Antinous would take his plunge into godliness. (Image: "Barque" courtesy Andrew Prior)

This Ship is what we call the Boat of Millions of Years, a symbol for our religion, and an illustration of the ever-lasting Heaven of Antinous, which is a journey across the river of the Milky Way, toward the Black Star.