PLEBS BACK FOR A SECOND SEASON
ON ITV2 TONIGHT IN BRITAIN 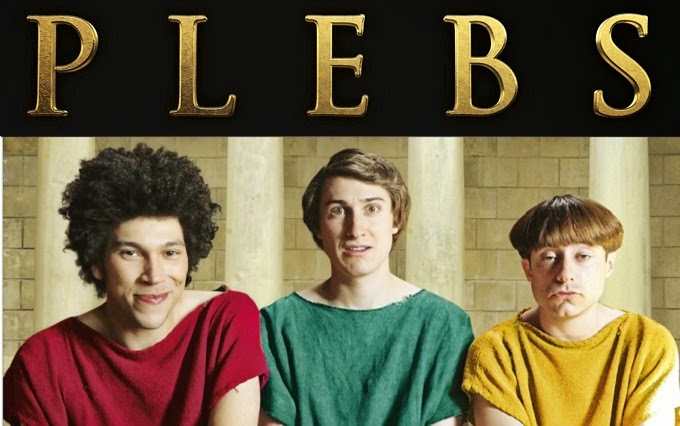 THE second season of the British television ancient Rome comedy PLEBS will premiere on Monday September 22nd at 10 p.m. on ITV2 with a double-bill.

Plebs follows the lives of three desperate young men from the lower classes as they try to participate in sexual intercourse, hold down jobs and climb the social ladder in the big city.

Two are free men: Marcus (Rosenthal) and Stylax (Fry), who work in a scriptorium in the company of Water Boy (Man), Aurelius (Basden).

The third leading character, Grumio (Sampson), is their lazy slave with an attitude problem.

Marcus and Stylax live next door to two Britons, Cynthia (Colquhoun), an aspiring actress, and her slave Metella (Bewley).

In the opening episode of the show's second season, the boys win big at a chariot race and it looks like their fortunes might have taken a turn for the better.

Stylax decides to reinvent himself as a charioteer, Marcus prefers to spend his money on romantic pursuits, while Grumio gets nothing: