ANTINOUS HEARS YOUR PRAYERS
AND ANSWERS THEM THROUGH DREAMS

THE Egyptian hieroglyphs on the Obelisk of Antinous in Rome say that Antinous hears the prayers of all who call out to him and that he answers them through dreams. How does it work? Check out this message we have just received from an Antinous adherent in Brazil: 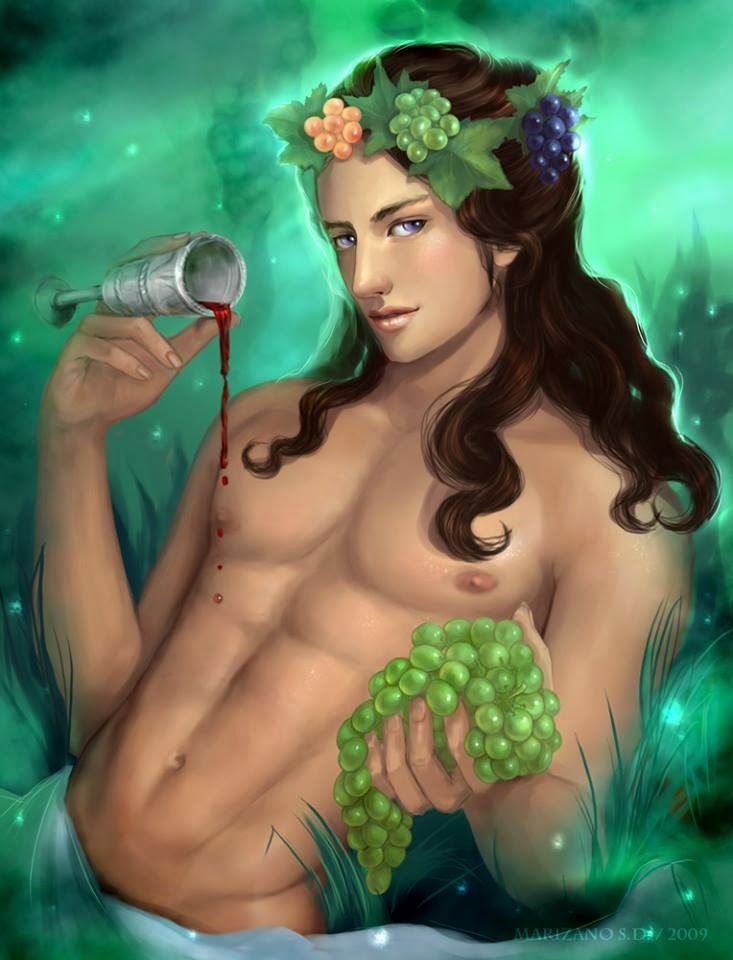 I would like to share this experience. Yesterday, I had to take two very important tests, in English and French, for my doctorate selection. I'm Brazilian, and even though I have studied English for many years, it's not my first language. And I'm definitely not very good with French.

So, last Monday, I danced under the full moon and asked Antinous the Gay God for focus and a relaxed mind during the tests.

When I went to bed, I dreamt of a fairy glade inside an ancient circle of stones under the full moon, where several fey people were enjoying themselves: dryads, leprechauns, sirens, satyrs and others.

Antinous was there, seated on a throne, crowned as Dionysus, drinking wine and smiling at me, as I was seated on a bench nearby eating some grapes.

At the center of the glade, two shirtless, very muscular, red-haired leprechaun-like young men were drinking bright-colored, foamy ale while dancing-wrestling to the merry sound of faery fiddlers.

The two fairy boys looked exactly the same, except for their tights, one leaf-green and the other dark red.

Antinous looked at me and I not so much heard as I actually sensed in my head a thought, this powerful feeling, a message that was something like this:

After that, the two red hairs took me to dance and drink with them. I really had a very good time there. I felt like I was 20 again (I'm 46).

When I took the two tests yesterday, I was amazed! You see, the board might have chosen any academic text among dozens of authors and hundreds of books, but they chose two authors that I knew and, among their many works, two texts that I had already read and written about.

One of them is a particularly difficult French author that many students avoid reading if they can afford to, but I had a full course on his works and ideas during my M.A.

I couldn't help but smile and say a silent prayer to Antinous, for I felt deeply blessed. And the sexy red-haired leprechauns were a nice touch ;)