JOÃO'S MURDERER SAYS THEY HAD SEX
BUT HE DESPISES GAYS 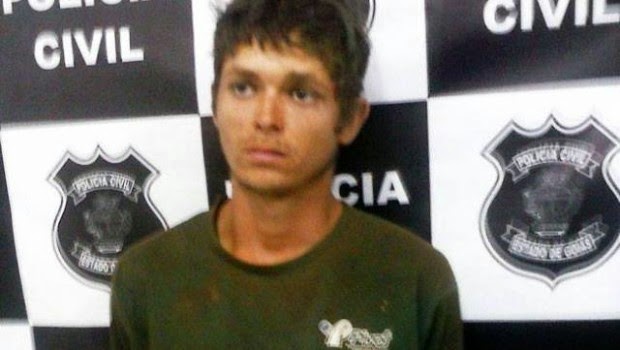 A debate about the definition of the words "homosexual" and "homophobia" has erupted in Brazil after the confessed murderer of a gay teenager told police he has sex with males ... but hates gays.

The suspect, Andrie Maycon Ferreira Da Silva (above), a 20-year-old fruit picker, reportedly said during police interrogation that he he did not intend to kill 18-year-old JOÃO ANTÔNIO DONATI. 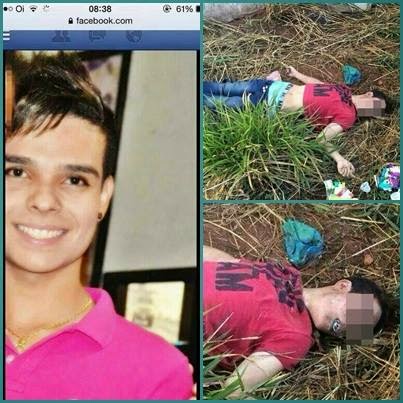 But after having consensual sex with him, he was overcome with revulsion and disgust and wanted to teach his sex partner a lesson in manhood.

In a tearful confession, he said he got carried away. Before he knew it, João was dead.

Reports say bruises, lacerations and contusions showed that he had put up a desperate struggle against his attacker.

Authorities have attempted to play down the "homophobia" aspect of the case, saying the admitted killer was also "gay" ... thus, it was a crime of passion between lovers ... a "lovers' quarrel" of sorts.

But at candlelight VIGILS AND RALLIES for João, LGBTIU supporters have insisted that it is nonetheless a "hate crime" no different from heterosexual men who brutalize women after having sex with them because they hate the feminine side of their own personalities. 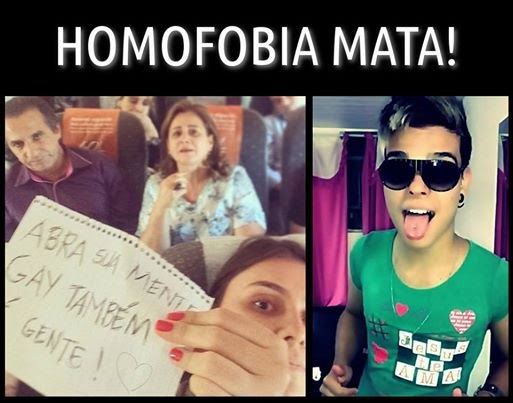 The issue, they insist, is homophobia regardless of sexual proclivity. Activists have called for legislation to criminalize discrimination and violence on the basis of homophobia.

Outrage has swept the nation, with protest marches and vigils held over the weekend in numerous cities this weekend and with a memorial service being planned for September 17.


"No matter what obstacles and difficulties. If we are possessed of an unwavering determination, we will be able to overcome them."