DID ANTINOUS CLIMB THE GREAT PYRAMID?
WHO WOULD HAVE DARED TO STOP HIM?

JUST imagine those last few weeks in September and October of the year 130 AD. Hadrian and Antinous had visited Alexandria.

They had marvelled at the towering lighthouse. Perhaps, in his youthful exuberance, Antinous had even scaled the lighthouse to get a spectacular view from the top.

In Martin Campbell's new novel about the life of Antinous, THE LOVE GOD, there are marvelous chapters detailing those heady days in Egypt in September of 130.

They would have visited the Tomb of Alexander the Great and have marvelled at the rock crystal sarcophagus containing the body of the young man who had conquered the world by the time he was just a little over half Hadrian's age.

That would have been a recurring theme during their travels through Egypt: The plundering of the tombs of Egyptian rulers.

Hadrian and Antinous would have gazed in awe at the Sphinx and the Pyramids, which were already incredibly old even then. 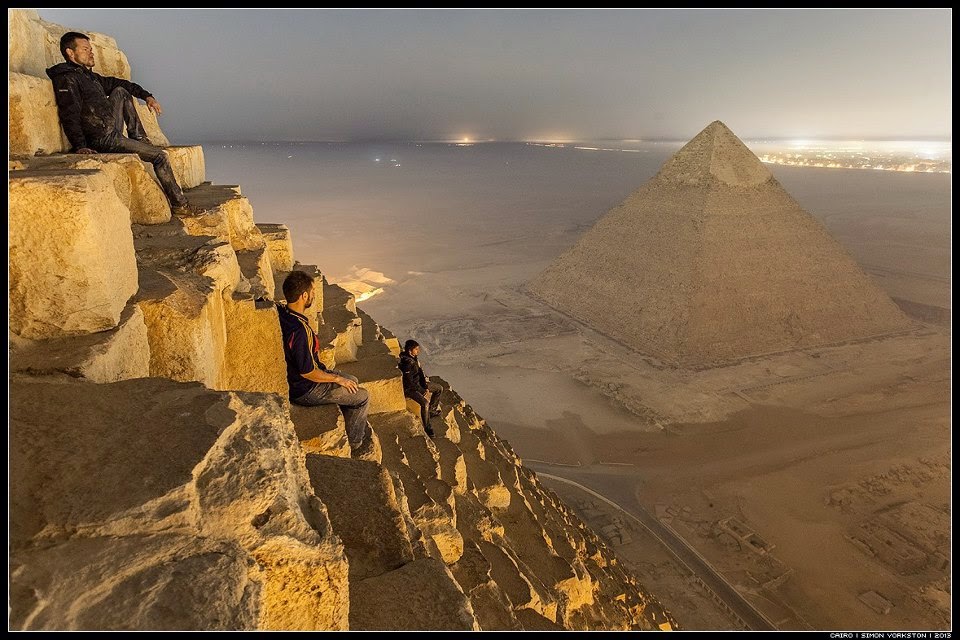 It would have been hard to restrain Antinous from climbing to the top of the Great Pyramid, which was 2,500 years old THEN!

And those monuments had long since been plundered.

The Sphinx had undergone "restoration" work more than 1,000 years before Hadrian and Antinous saw it.

At the Egyptian capital of Memphis, they would have scaled the cliffs on the western fringes of the huge city to visit the famous Step Pyramid of Djoser designed even before the Great Pyramid by the fabled man of science and art known as Imhotep ... who himself was deified after death, just as Antinous soon would be.

It was Imhotep who set the precedent for the deification of mortals in Ancient Egypt.

Everyone scaled those cliffs to look out over the city and the Nile and the sprawling Temple of Ptah compound ... The House of the Ka of Ptah (Ha-Ka-Ptah), which was so famous, so synonymous with the Land of the Nile that it became the name used by tourists for the land itself: Hakaptah, Aegypto, Egypt. 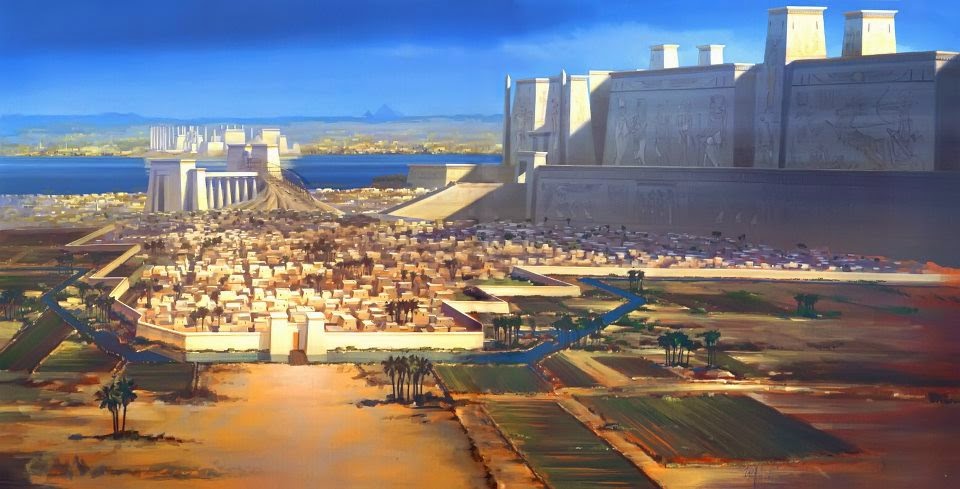 In San Francisco you see the Golden Gate. In Paris, the Eiffel Tower. In ancient Memphis, you climbed the western cliffs for the view across that marvelous city.

The city is gone ... or rather, the city has been uprooted and moved, stone-for-stone a few miles down-river. Memphis, the capital of Egypt, never ceased to exist. It just morphed into Cairo.

The view from the cliffs is still spectacular. To the east is the verdant valley where the ruins of the once-mighty city lay strewn among date palm orchards. To the west lies the desert and the city of the dead.

You look across rippling sand dunes and stony mounds and your jaw drops as you realise those aren't sand dunes ... they are the remnants of tomb and mortuary monuments large and small, thousands of them stretching as far as the eye can see.

Like the Step Pyramid, many of those tombs had been plundered by the time Hadrian stood there, taking in the scene. To the south lie the hot lands of the source of the Nile. Still more pyramids dot the horizon.

To the north, more pyramids and tombs. You can see the tips of the Great Pyramid and the two lesser Gizeh pyramids to the north, with a gentle and cooling north breeze blowing in your face.

You stand there in wonderment, oblivious to the urchins tugging your sleeve and trying to sell you bundles of filthy rags which they claim are "genuine old" mummified cats which you can take home as souvenirs.

We can just envision Hadrian standing there, enjoying the view of that bustling city and the ancient pyramids, and smiling to himself as he glanced over and saw Antinous trying to keep his composure while being badgered by children waving blatantly fake cat mummies in his face.

Just imagine Antinous standing there in the late-afternoon sun, the north breeze tousling his hair and robes, atop those cliffs on the cusp between the verdant land of the living in the teeming valley below and the sterile and barren city of the dead on the desert plateau behind him where the sun would soon set.

Shortly after that, they would have visited the city of Schmunu (Hermopolis), the ancient and sacred city of Thoth, the scribe god of writing who taught Isis the magical spells that she used, with the assistance of Anubis, to raise Osiris from the dead after he drowned in the Nile. 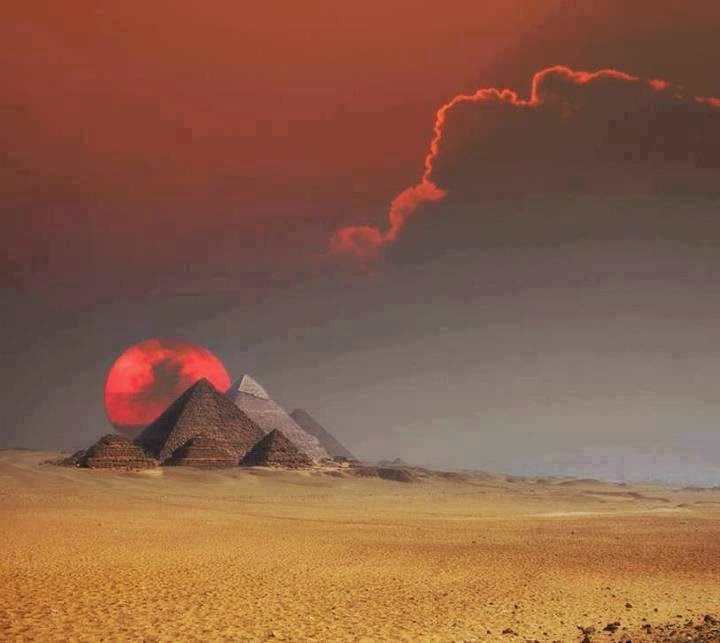 It was only a few miles south of Hermopolis that Antinous himself drowned.

All of this would have been fresh in Hadrian's mind, don't you agree? He would have seen how even the Egyptians, despite all their cunning and ingenuity, had been unable to create a plunder-proof tomb.

Grief-stricken, what would he have done. What would you do in Hadrian's place? Would you build a showy tomb? Would you send the body back to the boy's family for cremation?

Would you build a chapel and tomb at your villa outside Rome? Would you leave the remains of his beloved Antinous to be mummified and entombed on the banks of the Nile?

Wouldn't the prospect of thieves and souvenir-seekers violating his remains be so horrible to you that you would do whatever was required to prevent that?

We don't know about you, but we would have opted for subterfuge. Build great temples to Antinous for all to visit and to see. But bury his precious body in a secret place, a safe place, known only to yourself. A place where no one would think of looking for him.