LOOTING CONTINUES AT ANTINOOPOLIS
AS EGYPT NEGLECTS ITS ANCIENT HERITAGE 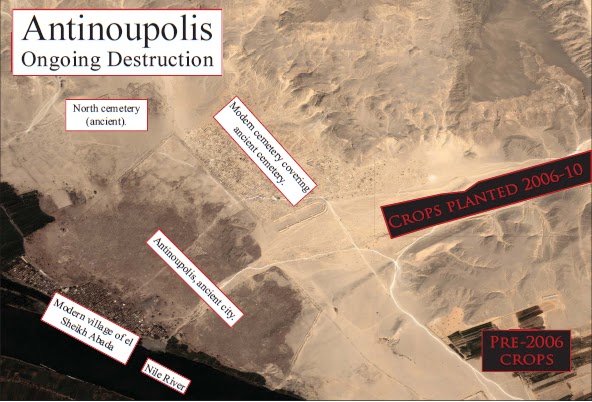 WANTON looting continues unabated at the site of the ancient city which Hadrian established in Egypt on the spot where he beloved Antinous died in the Nile.

Since the revolution in Egypt, which resulted in runaway lawlessness, the site has been subject to "SYSTEMATIC LOOTING" for two years. The scope of looting diminished in recent months, but not the frequency.

Archaeologists working at ANTINOOPOLIS (also known as Antinoe) say local villagers have bulldozed much of the dig site ... ostensibly to create new space for housing and graves.

"And the distinction must be made between the looting perpetrated by individuals (often poor) looking for trinkets to sell and the vandals who wantonly destroy archaeological material for no apparent purpose," according to James B. Heidel, president of the Antinoupolis Foundation which spearheads the archaeological effort. 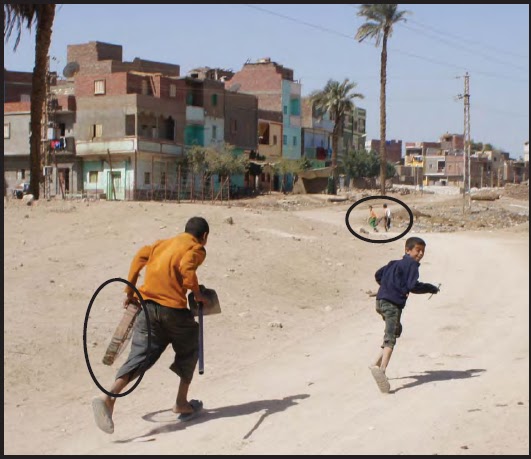 He says local villagers send out troops of children, usually overseen by one adult, who use shovels and picks to dig for treasure. They scatter when an archaeologist or a site guard spots them.

"But they return as soon as the coast is clear," he says.

Meanwhile, unknown persons willfully smash and deface artefacts such as building blocks from the time of Akhenaten, the "heretic" pharaoh, whose city is located a scant 20 km south of Antinoopolis.

After months of requests for assistance, the Egyptian government hired new guards on condition that the foundation provide a new guard house. And the guards have been persuaded to patrol the site at night, though grudgingly.

But that does not stop wide-scale housing construction on top of the dig site. 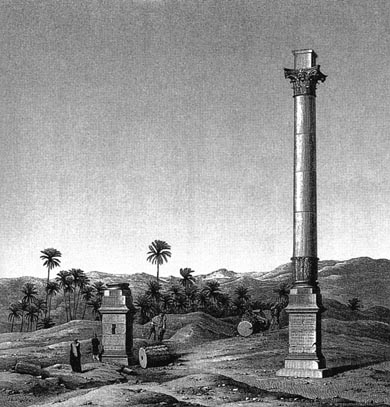 "The housing compound under construction is atop ancient architecture ... in the middle of a scatter of monumental red granite columns and limestone papyrus lobed column capitals and within sight of the Ramses II temple," he says.

"Indeed, this is the area which two hundred years ago Napoleon's surveyors marked as probably a tomb or a temple."

He adds, "If the Egyptian government does not stop this illegal building, we might never know what urban monument was located here as a part of Hadrian's city," Heidel warns.

But the largest threat to the ancient city in terms of archaeological material being destroyed is the modern cemetery.

"Each year vast new swathes of ancient cemetery, parts of the ancient city wall, and in the last two years even half of the ancient hipprodrome, have been bulldozed flat, raked with a front loader and marked out with white blocks for new cemetery plots," Heidel says. 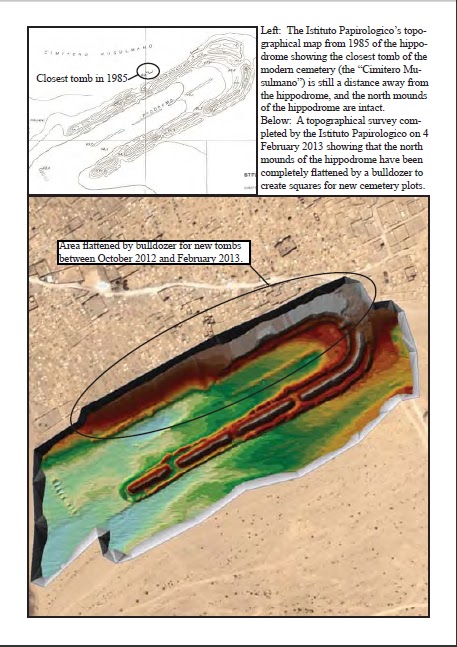 "Two years ago fully half the hippodrome was leveled, and in spite of our protests to the Ministry of Antiquities, no protections were put in place," he says.

"This year a further, smaller area of it was bulldozed flat, and the construction of walls for tomb plots were completed which were the year before only marked out with pebbles," he adds.

Ironically, sometimes the local villagers unearth things of interest to the archaeologitst with their bulldozers.

For example, a newly bulldozed site confirms that the supporting foundations for the seating of the hippodrome were built as a casemate platform where the rough stone walls were filled in with clay, sand and gravel/rubble from the adjacent wadi.

But these discoveries come at the cost of rampant destruction and Heidel issued a new appeal for international pressure to be brought bear on the Egyptian government.

"We call, once again, upon the Ministry of Antiquities and Heritage and its new minister, Dr. Mahmoud el-Damaty, to increase site protection and safeguards and to stop the ongoing destruction and looting of archaeological material," Heidel insisted.