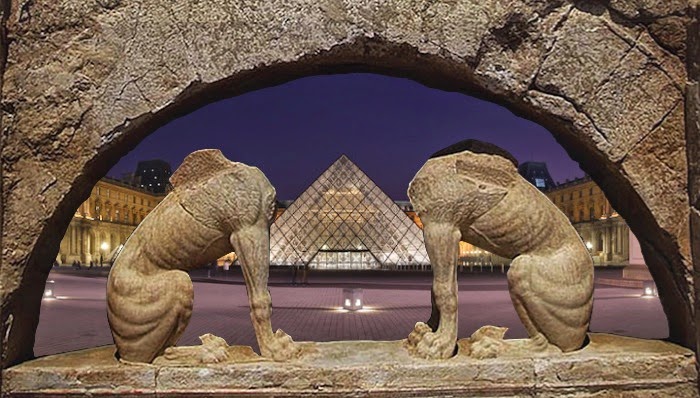 THE mysterious giant tomb in Macedonia which officials in Greece hope may be the Lost Tomb of Alexander the Great may actually have been looted during World War II ... if not in Roman times, according to an expert.

A prominent Greek historian claims that it is possible the Louvre Museum in Paris possesses artifacts from the ancient Greek tomb currently being excavated by archaeologists in Amphipolis, Greece.

Historian Sarantis Kargakos, speaking to Antenna TV, said that the tomb almost certainly has been looted in the past, from Roman times to the two world wars of the 20th Century, and that the monument's interior won't be intact.

"At the spot where Ancient Amphipolis is located, a village called Neochorion where Bulgarians used to live was destroyed in 1941-44.

"The residents destroyed 20% of their homes, while it is possible that at the same time they looted the tomb, by digging a hole near the Lion of Amphipolis.

"Another scenario is that the tomb was looted by French officers stationed in the area during World War I, who used the stones found around the ancient tomb to build their ramparts," noted Kargakos.

The historian said it was possible that some of the tomb's treasures were exhibited as part of the Alexander the Great show at The Louvre in Paris three years ago.

"Where did they get what they claimed to be Ancient Macedonian artifacts at their exhibit?" said Kargakos, posing his question to the Ministry of Culture and to the Louvre’s management.

The discovery of the tomb guarded by sphinxes made headlines world wide earlier this month when the Greek prime minister boldly said he believed it must be the LOST TOMB OF ALEXANDER.

Earlier this year, a Polish team of archaeologists claimed they may have found the TOMB OF ALEXANDER in Alexandria, Egypt.
Alexander assumed the Grecian throne at the age of 20 when his father was assassinated. Before he died 13 years later, he had built an empire that stretched from the Danube across Persia almost to India.