ROME'S MOST NORTHWESTERLY TEMPLE...
WAS IT DEDICATED TO ANTINOUS? 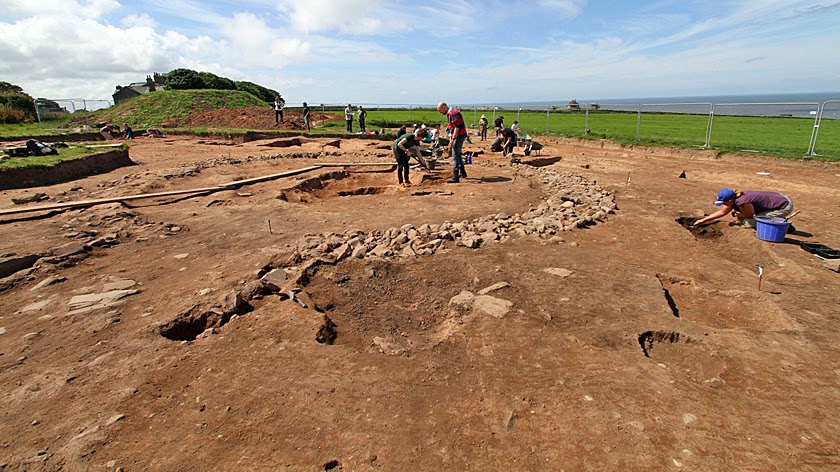 EXPERTS digging at an ancient Roman site in Britain have found an enormous temple which honored Roman gods … possibly including Antinous.

The site at Maryport has revealed the remains of a large, stone circular structure in front of what dig director Ian Haynes of Newcastle University says is "the most northwesterly classical temple in the Roman world to be discovered so far," according to Culture24.

The rectangular temple dates from the 2nd Century AD … the time of Antinous.

And the circular structure associated with it was likely an impressive monument of some kind, perhaps a large, freestanding column.

The ancient remains at Maryport were originally found in the late 19th Century, and much remains to be discovered, says Haynes.

The fort at Maryport was a crucial part of the Roman Empire's border defenses for at least three centuries, and the classical temple would have been a reminder of home for the soldiers stationed on this remote north-west frontier of the vast empire, explains Nigel Mills, the heritage advisor to the Hadrian's Wall Trust.

"Roman citizens from across the Empire came here to make a living supplying soldiers in the fort and elsewhere across the frontier," he adds.

"The temple is evidence of close connections across the empire. Roman citizens would have felt at home here," says Mills.

Archaeology researchers and volunteers from the UK, the US, Canada, the Netherlands, Albania and France have helped the local team.