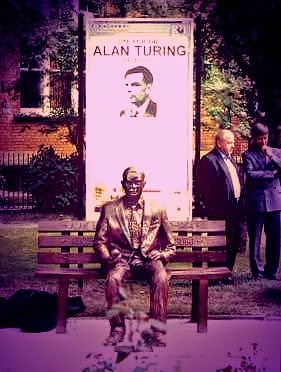 QUEEN Elizabeth II has formally pardoned Alan Turing (Saint of Antinous), the scientist who broke the Nazi's Enigma code machine during World War II but who was convicted of sodomy after the war.

Having chosen chemical castration over a prison sentence, Turing is believed to have killed himself two years later.

Despite its plans to pardon Turing, late last year, the British government announced it would not provide posthumous pardons for the other 49,000 or so men who were sentenced under the law.

Noting the computing scientist and mathematician's contributions to the war effort, British Prime Minister David Cameron used the occasion of the queen's pardon to laud Turing as "a remarkable man who played a key role in saving this country in World War II by cracking the German enigma code."