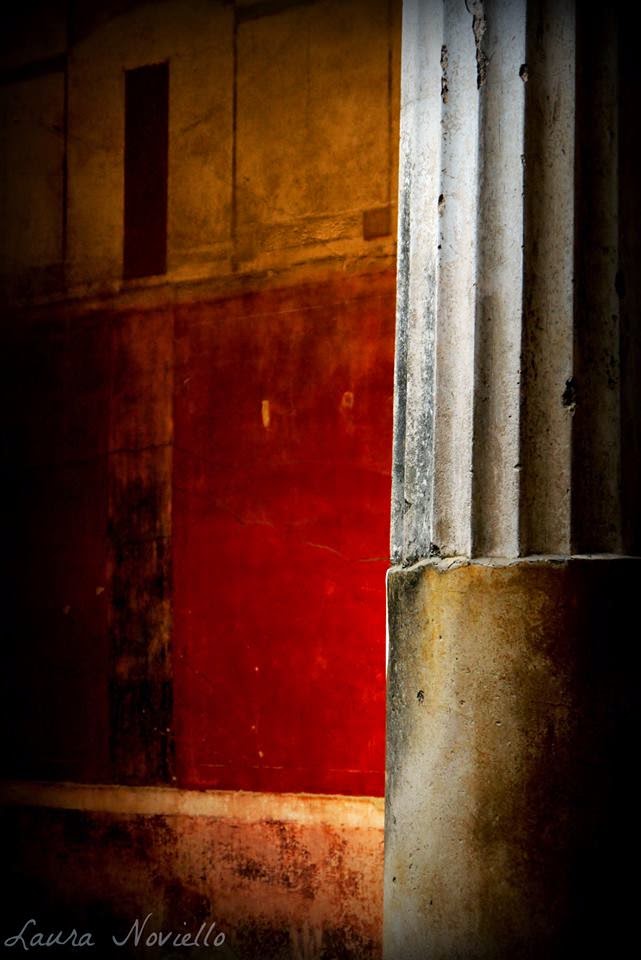 YET another tourist has been nabbed stealing bits of precious frescoes from Pompeii ... the second incident in recent weeks.

That's the good news. The bad news is that these arrests are only the tip of the iceberg and may be too little to late to save Pompeii's status as a UNESCO World Heritage Site.

Police stopped a 51-year-old French man acting suspiciously. A search revealed bits of marble and wall plaster hidden inside his camera case. He was handcuffed before the startled eyes of his wife and children.

The plaster chunks were "Pompeii Red" bits which had been chiseled from the red-painted walls of a villa.

"We literally caught him red-handed," said Pompeii official Massimo Osanna. "Today's incident is a worrying sign of the increase of disregard for this historical treasure."

Only a few weeks ago seven villas were re-opened to the public after lengthy restoration. Almost immediately, a tourist was caught chiseling bits of fresco off of a wall at the DOMUS DI TRITTOLEMO.

In March, an even more brazen thief or band of professional thieves carved out a 20x20 cm FRESCO OF APOLLO AND VENUS. The fresco apparently is destined for the black market. Shame-faced security guards only noticed the theft long after the priceless fresco was gone.

The recent spate of police arrests seem impressive but in fact only mask the fact that looting of Pompeii by tourists has been rampant for years. Only recently have security guards stepped up surveillance, resulting in occasional arrests.

UNESCO has given Pompeii officials a December 31 deadline to apply a series of upgrade measures or face having Pompeii removed from its prestigious list of World Heritage Sites.