WHAT YOU'LL BE WEARING THIS SUMMER:
ANTINOUS THE GAY GOD 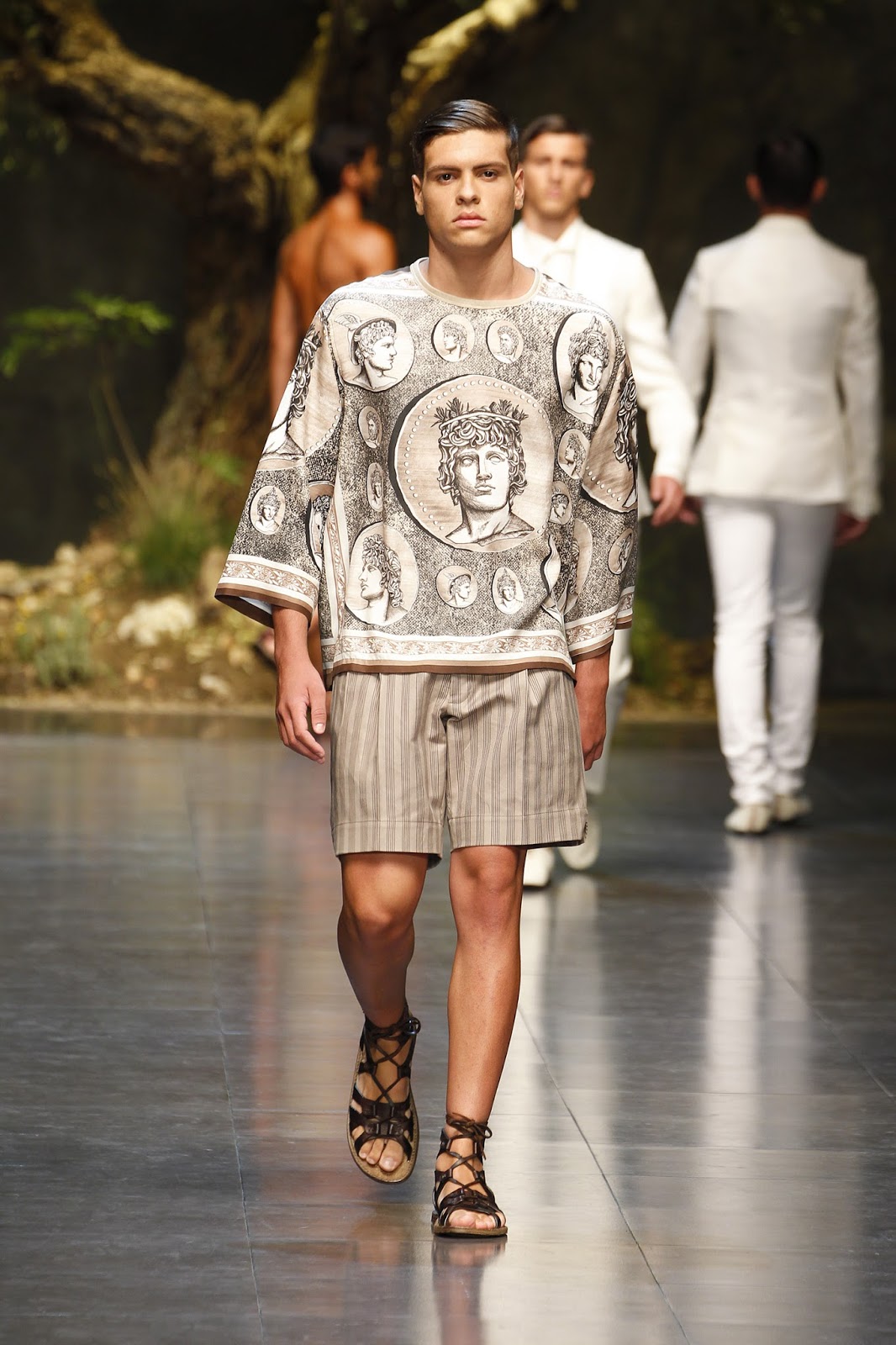 HERE's what you'll be wearing this summer ... Antinous the Gay God!

Antinous along with other Classical male deities are emblazoned in oversize prints on shirts, jackets, shorts and trousers in the DOLCE & GABBANA men's collection for Spring and Summer 2014.

Domenico Dolce and Stefano Gabbana have found a perfect formula: Sicily as an inspiration for clothes modeled on the catwalk by Sicilians themselves.

The sweet authenticity of the idea has powered their last few collections for men, and when cynics in the Spring/Summer 2014 runway audience in Milan sighed, "Oh no, not again," you wanted to slap them.

Or torture them by passing on Gabbana's confident declaration: "There is so much in Sicily, we could be doing this forever."

It was Sicily's Greece-inflected mythology that forms the 2014 collection ... Antinous.

Posted by Hernestus at 9:10 AM