IS THIS THE GOLD OF THE NIBELUNGEN?
GERMAN TREASURE HUNTER HITS GOLD 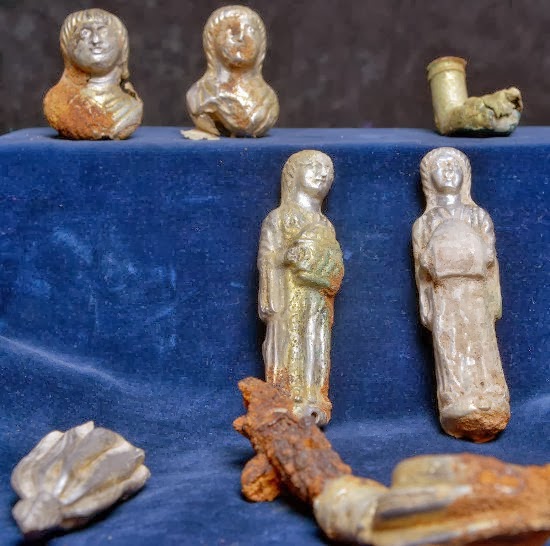 THESE silver statuettes ripped from a Roman commander's field chair by metal-detector treasure hunter are part of a trove of gold and silver found in a German forest.

Dating back to late Roman times, the find has spawned speculation it could be the legendary Nibelung treasure that inspired Richard Wagner's opera cycle.

But the man who found the cache was dumb enough to post images and videos of his spectacular find on the Internet.

German authorities, who otherwise might never have known of his find, have now swooped on his home.

They have confiscated the horde and are holding him for questioning in connection with possible violation of laws ranging from plundering historical sites to illicit merchandising of taxable treasure. 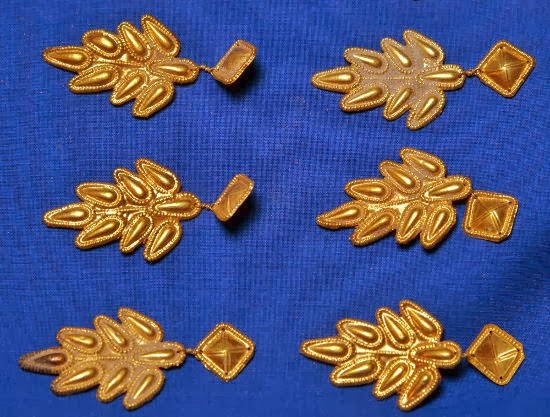 The haul from Rhineland-Palatinate state, worth about 1 million euros, includes silver bowls, brooches and other jewelry from ceremonial robes and small statues that adorned a grand chair, said archaeologists.

"In terms of timing and geography, the find fits in with the epoch of the Nibelung legend," Axel von Berg, the state's chief archaeologist was quoted by German media as saying.

"But we cannot say whether it actually belongs to the Nibelung treasure," he said, adding that whoever owned it had "lived well" and could have been a prince. 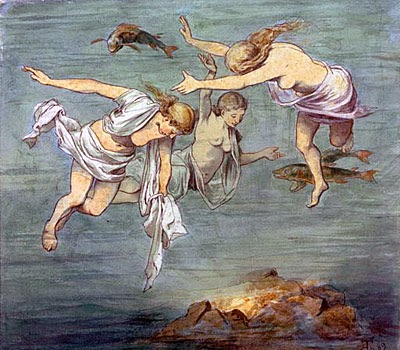 Authorities fear that the most valuable items may already have been sold to buyers abroad in violation of German law.

Meanwhile, archaeologists are appalled at the man's wanton destruction of the site.

He destroyed an ancient chair, throwing away the wood and polishing the metal bits.

A number of buttons, buckles, brooches and other items from military garb were brutally stripped of shreds of fabric and then were polished … totally ruining their value to historians.

Whether the treasure is the famous "Rhinegold" or not, it seems to have been buried in haste by its owner or by robbers in around 406-407 AD, when the Roman Empire was crumbling in the area along the Rhine. 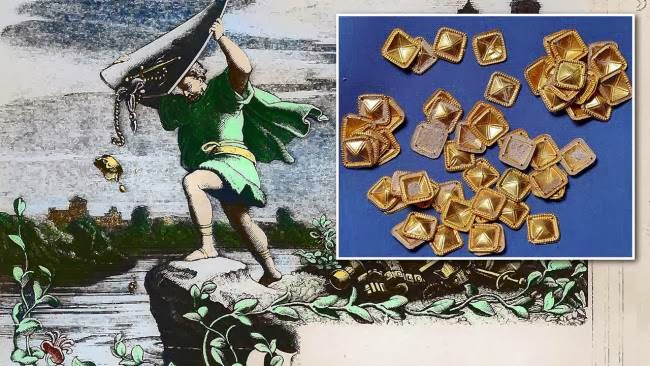 According to Nibelung legend, the warrior Hagen killed the dragon-slayer Siegfried and sank his treasure in the Rhine river.

The Rhine has shifted its course many times over the centuries, so the treasure need no longer be under water.

Although it is the stuff of myths, the story is based on the downfall of the Burgundians in the 5th Century AD.

Rhineland Palatinate boasts the most famous stretch of the Rhine, dotted with castles and steeped in legend that has inspired German poets, painters and musicians.