VESUVIUS ERUPTS IN 3-D
AT A MOVIE THEATRE NEAR YOU 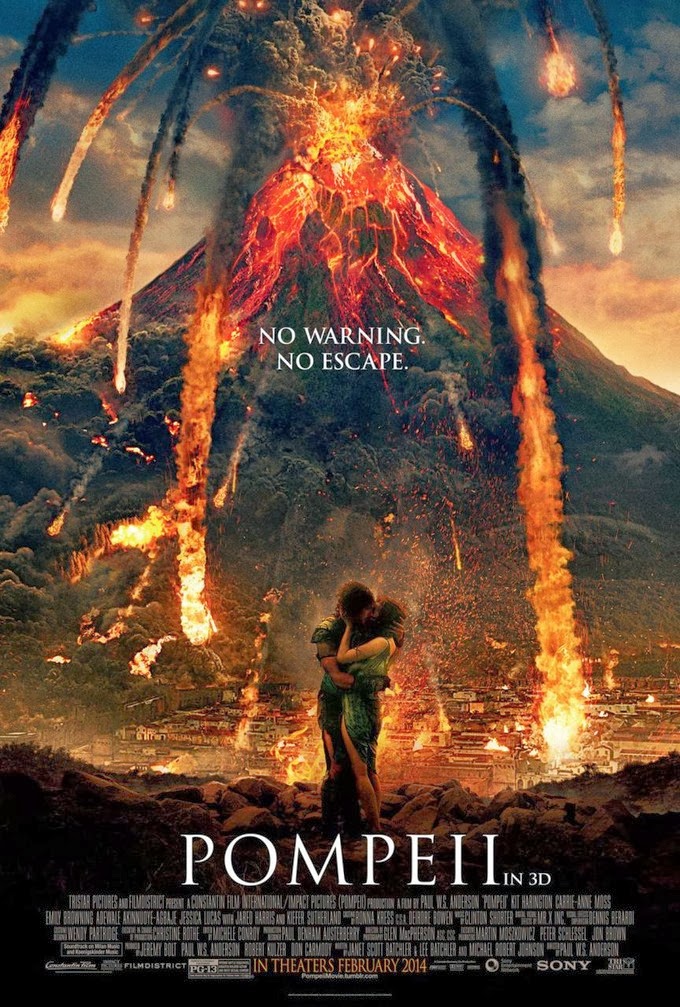 VESUVIUS erupts in 3-D in the new Paul W.S. Anderson action flick POMPEII which opens in most countries in coming weeks.

While Anderson is best known for sci-fi action pics like the Resident Evil films and Alien vs. Predator, the director took a bit of a departure recently for The Three Musketeers, and he's set to take on another period flick with Pompeii.

The film takes place in ancient Rome and centers on a young slave who races to save the woman he loves and his best friend from the violent eruption of Mt. Vesuvius, which threatens to destroy the entire city.

It’s late summer in 79 AD and the city of Pompeii glitters at the foot of the mighty Mt. Vesuvius. 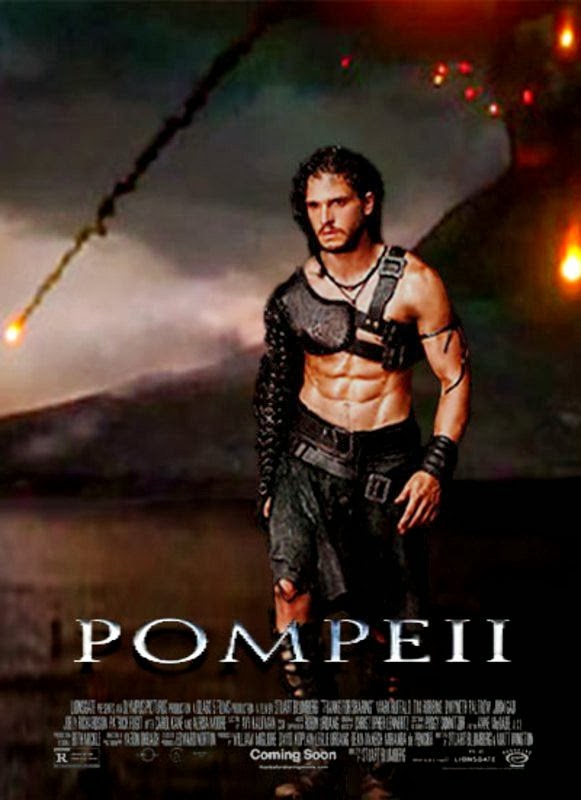 Game of Thrones star Kit Harington plays MILO, the slave of a shipping tycoon, who dreams of the day he will buy his freedom and marry his master’s daughter.

What he doesn’t know is that Columba’s debt-ridden father has promised Columba to a despicable Roman Senator to pay off an overdue loan.

Milo is in a race against time to fight for his true love in the gladiatorial arena.

Just as it seems things can’t get any worse, Mt. Vesuvius suddenly explodes with the power of 40 nuclear bombs, sending a torrent of 1,000-degree ash and smoke into the city.

As the people of Pompeii flee the obliterated city, Milo is determined to return to it to save his friends and his beloved.

With fire and ash destroying the only world he’s ever known, an ordinary man is tested to his breaking point in this heart-pounding tale of extraordinary heroism.