HADRIAN AND ANTINOUS WOULD LOVE THIS:
'BES: DEVELOPMENT OF A DEITY' 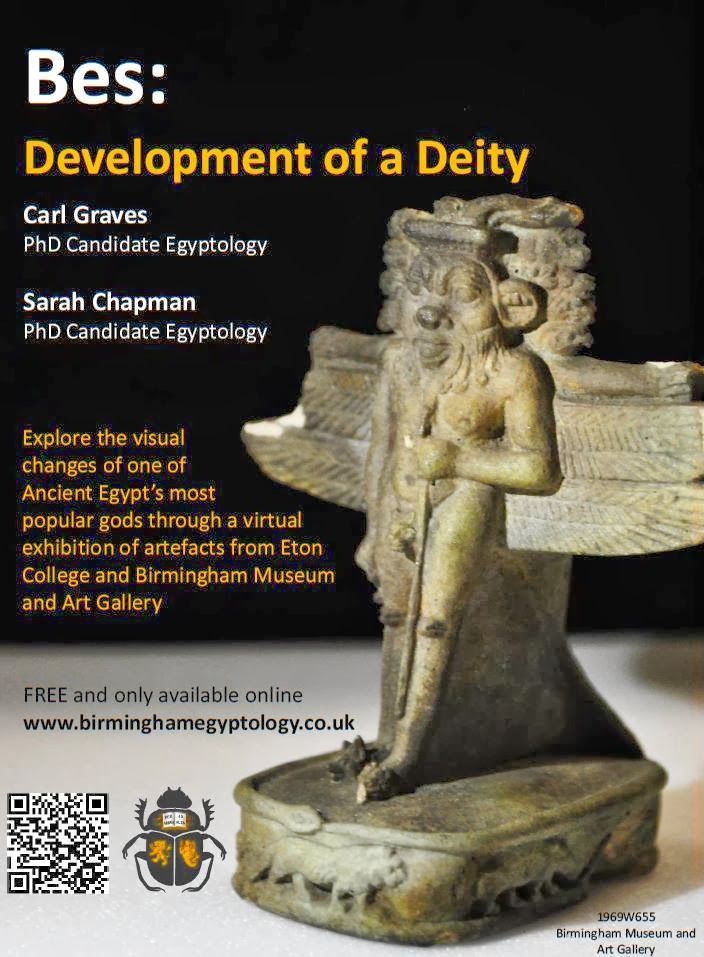 A very ancient shrine dedicated to Bes was located on the site where Antinous plunged into the Nile.

The village there was called Besat.

Hadrian is said to have given great significance to the fact that the God of Young People was watching over the Beauteous Boy.
Now you can explore this incredibly multi-facted deity without leaving home at the virtual online museum exhibition "Bes: Development of a Deity."

CLICK HERE to enter the online exhibition featuring artefacts from Eaton College and the Birmingham Museum and Art Gallery in England.

Bes is perhaps the most misunderstood Egyptian deity. He was variously understood as protector of children and family households, but also as god of dance and music, as well as a god of military prowess.

And in his female form Beset, he/she was a powerful sorceress deity of magic.

Bes was cherished in the hearts of every Ancient Egyptian. He was the most personal of all Egyptian deities.

"In the past Bes has been variously described as ‘monkey’ (Hart 1986: 59), ‘dwarf’ (Altenmüller 1973: 721), ‘Nubian’ (Graves 2011), ‘deformed’ (Zivie-Coche 2011: 7), ‘lionlike’ (Malaise 2000: 180) amongst others, it certainly is not that any of these descriptions are wrong – instead, the confusion over Bes’ imagery arises due to the huge variety of iconographic changes in his appearance over the two millennia that he was worshipped in ancient Egypt. To exemplify the visual development of Bes, this exhibition has chosen to utilise two collections of Egyptian antiquities; the Eton College William Joseph Myers Collection and the Birmingham Museum and Art Gallery collection."