FISHERMAN MAKES CATCH OF A LIFETIME:
A PRICELESS BRONZE STATUE OF APOLLO 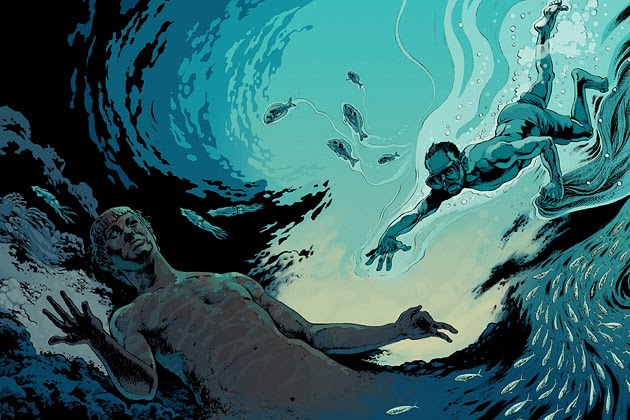 A fisherman in the Gaza strip recently made the biggest catch of his lifetime … an incredibly beautiful and almost entirely intact 500 kg bronze statue of the Greek god Apollo.

After taking it home and having it briefly appear online for $500,000 (a fraction of its value on the black market), the statue was seized by Hamas ... because it is nude! 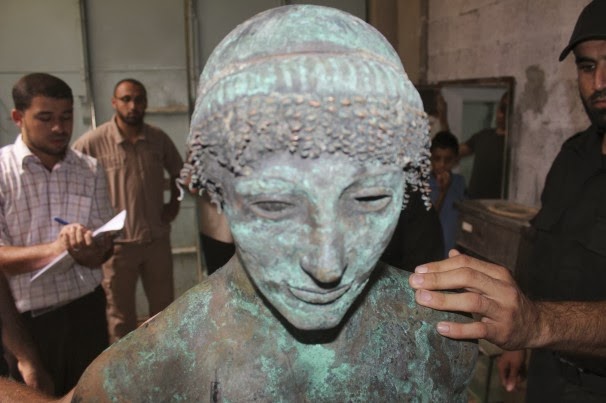 Archaeologists, much to their dissatisfaction, have been unable to acquire the statue, and have instead been delegated to examining it through photos that were put online.

From the photos, archaeologists have been able to discern that the statue was made sometime between the 5th and 1st centuries BC, which would make it up to 2,500 years old.

Jean-Michel de Tarragon, a historian with the French Biblical and Archaeological School of Jerusalem, said that the statue is truly "unique." 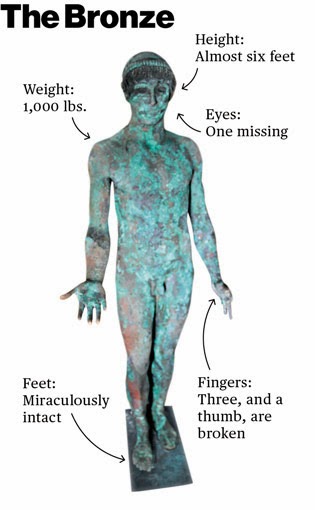 "In some ways I would say it is priceless," he continued.

"It's like people asking what is the value of the Mona Lisa. It’s very very rare to find a statue which is not in marble or in stone, but in metal,” he told Reuters.

The statue’s condition has lead to speculation that it was found on land, and not fished from the sea as reported, said de Tarragon, who believed this may have been done to hide the actual location of where it was found, and avoid issues of ownership.

"This wasn't found on the seashore or in the sea... it is very clean. No, it was found inland and dry," he said, adding that the lack of disfigurement or barnacles furthers suggest it was not taken from the water.

Joudat Ghrab, the Palestinian fisherman who found the statue, countered this, telling Reuters that he found it roughly 100 meters offshore, north of the Egypt-Gaza border. 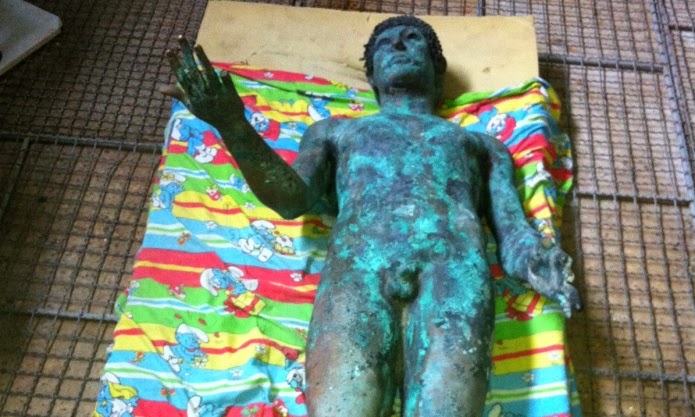 Believing it was a badly burnt body, Ghrab dived down to examine it before finding it was a statue.

He said that it took four hours for him and his relatives to drag it ashore.

"I felt it was a gift to me from God," he said. "My financial situation is very difficult and I am waiting for my reward."

Both Ghrab and one of his brothers took pieces of the statue to experts to determine its value, before family members belonging to Hamas militia took control of the statue. At one point, the statue appeared on Ebay, the seller’s instructions being to come to Gaza and pick up the statue.

Ahmed Al-Bursh, Gaza’s director of archaeology, said he had seen the statue and promised Ghrab he would indeed receive some form of reward.