THE CARTHAGINIANS SACRIFICED BABIES
JUST AS THE GREEKS AND ROMANS CLAIMED 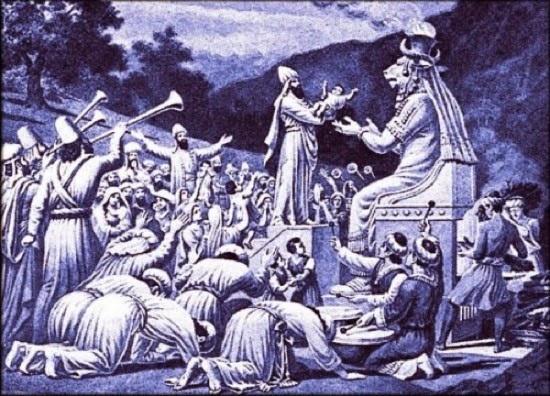 FOR decades, historians staunchly denied that the Carthaginians sacrificed their children as described in Greek and Roman accounts … until now.

Now a new study claims to have found "overwhelming" evidence that the ancient civilization really did carry out this bloodthirsty practice.

Carthaginian parents ritually sacrificed young children as an offering to the gods and laid them to rest in special infant burial grounds, according to a team of international researchers.

They said that the archaeological, literary and documentary evidence for child sacrifice is "overwhelming." 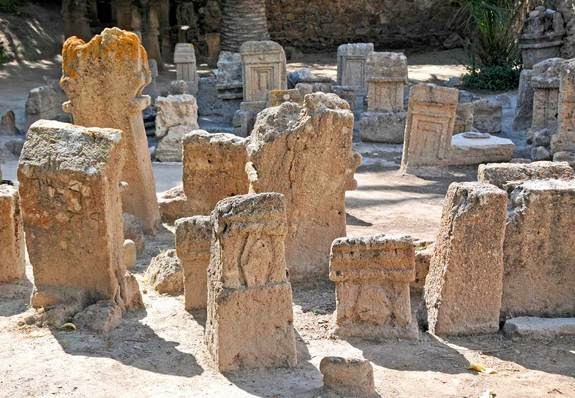 A collaborative paper by academics from institutions across the globe, including Oxford University reveals that previous well-meaning attempts to interpret these ancient burial grounds, called tophets (photo at right), simply as child cemeteries, are misguided.

Instead, the researchers think the practice of child sacrifice could even hold the key to why the civilization was founded in the first place.

The research pulls together literary, epigraphical, archaeological and historical evidence and confirms the Greek and Roman account of events that held sway until the 1970s, when scholars began to argue that the theory was simply anti-Carthaginian propaganda.

"It's becoming increasingly clear that the stories about Carthaginian child sacrifice are true. This is something the Romans and Greeks said the Carthaginians did and it was part of the popular history of Carthage in the 18th and 19th centuries," said Dr Josephine Quinn, of the university's Faculty of Classics, who an author of the paper, published in the journal Antiquity.

"But in the 20th century, people increasingly took the view that this was racist propaganda on the part of the Greeks and Romans against their political enemy and that Carthage should be saved from this terrible slander," she said.