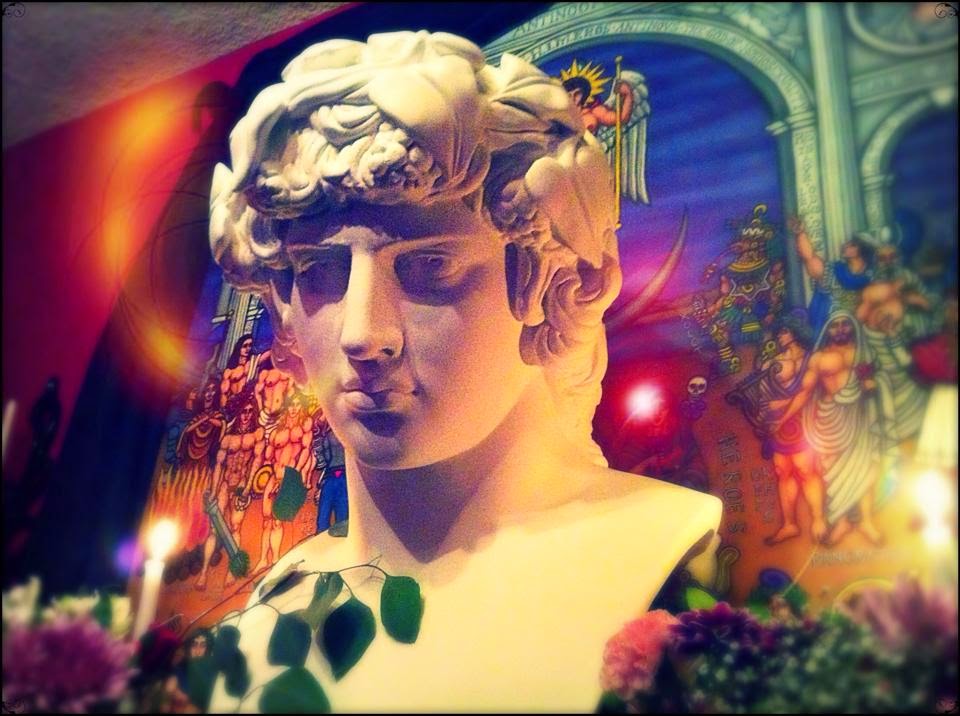 "THE most salient feature about Antinous, and the thing that makes our religion different from others, is that Antinous was a mortal human being who actually lived," said Antonius Subia in global Zoom ceremonies this weekend celebrating the birthday of Antinous.

Speaking from the Hollywood Temple of Antinous to celebrants taking part from North and South America, Europe and Africa, he noted that we know his birth date ... 27 November ... and we know what he looked like from countless statues.