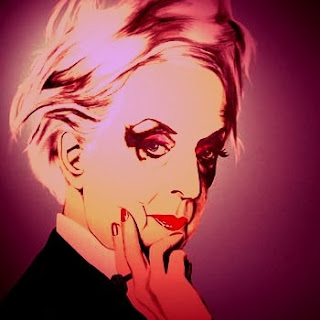 ON November 21st the Religion of Antinous honors Saint Quentin Crisp, who died on this day in 1999. He was born on Christmas Day in 1908.

He became a gay icon in the 1970s after publication of his memoir, The Naked Civil Servant, his true-life account of his defiant exhibitionism and longstanding refusal to conceal his homosexuality.

John Hurt helped to make Quentin Crisp a media star in the movie adaptation of The Naked Civil Servant in the 1970s. In a sequel 30 years later Hurt made him a screen legend, very much in keeping with the lifelong ambition of Quentin Crisp.

In the second film, An Englishman In New York, Hurt portrayed the elderly Quentin Crisp as the New York gay icon based in Manhattan's funky-gritty Lower East Side in the 1980s and '90s. 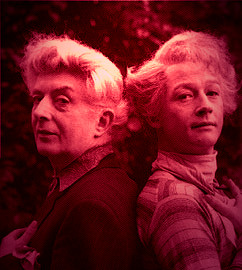 At an age when most people would retire to a nursing home, Quentin Crisp left his native England and moved to New York City, where he pursued a career as a bon vivant and raconteur.

Arriving in New York in his 70s, he lived in his accustomed artistic squalor in a Lower East Side walk-up with a view through a grimy window pane of the next door neighbor's grimy bedroom window. 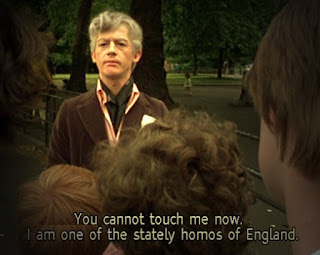 Every bit the considerate Englishman, he turned off his bare-bulb light at 11 p.m. and sat in the dark, lest the neighbor complain the glare from the 60-watt bulb (through two filthy window panes) kept him awake.

Saint Quentin experienced a meteoric rise after his cunning agent launched him into a career as a raconteur in an off-Broadway one-man show and he became a movie reviewer for a Christopher Street magazine.

But he experienced a meteoric fall from grace when, during one of his frequent TV talk-show appearances, he flippantly remarked that AIDS was "just a fad" which would soon be out of fashion, and the gay community viciously turned on him. Quentin, who had never apologized for anything in his life (and was not about to start apologizing), was perplexed when he was dropped by his agent and editor until his eyes were opened when he got to know young artist Patrick Angus, who later died of AIDS.

But in a Hollywood happy ending, Quentin was rescued by performance artist Penny Arcade, who put him back on stage, and Christopher Street re-hired him, paving the way for a glorious comeback and reconciliation with the gay community when he was in his 90s.

It is fitting that most people know Saint Quentin only through these two films. As might be expected, the best recommendation for the films comes from Quentin Crisp himself, who once famously said: "Any film, even the worst, is better than real life."