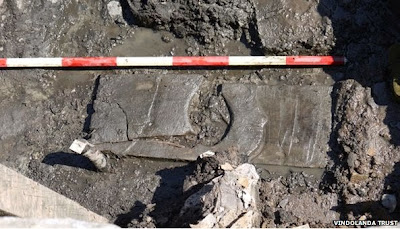 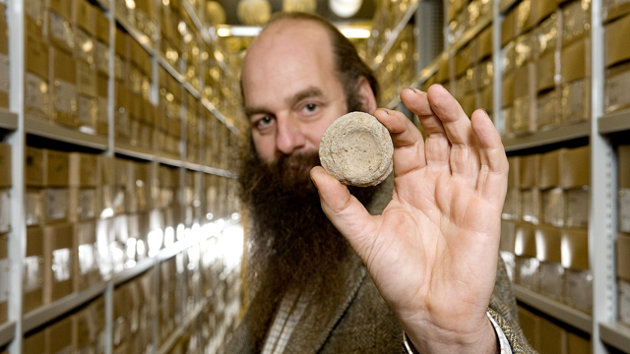 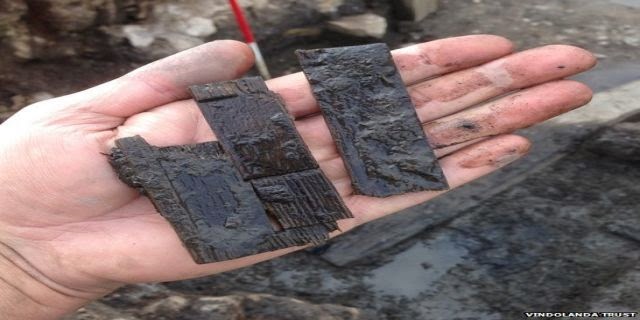 Andrew Birley, head of the dig, stated he was "looking forward" to reading the tablet's text.
The site, near Hexham, has earlier revealed gold and silver coins and other artefacts of the Roman army.
Dr Birley stated : "If we are really lucky the person using the seat will have had verbal diarrhoea and we will be able to get their personal thoughts regarding life 1,900 years ago."

The Romans used wooden tablets covered with a layer of wax for writing. They would scratch words into the wax using a stylus.
Posted by Hernestus at 12:00 AM