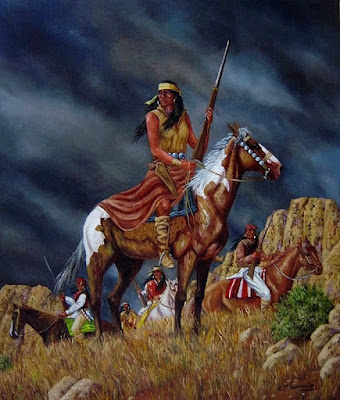 WE honor Lozen, the two-spirit Apache warrioress and holy woman who fought with Geronimo, and who was with his final band of warriors when they surrendered.

She is a blessed Saint of Antinous.

"Lozen had no concern for her appearance and, even though she is seen in several famous photos of Geronimo with his warriors, there is nothing to indicate that she is a woman. You would never spot her. She was very manly in her appearance, dressed like a man, lived and fought like a man. She never married, and devoted her life to the service of her people, to the very end."