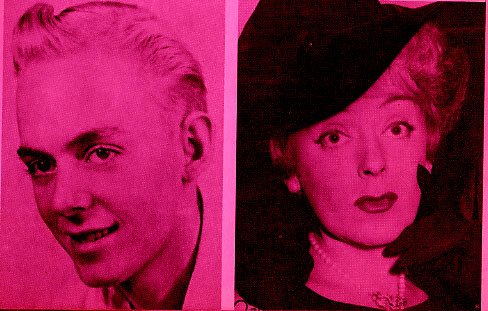 ON May 3rd the Religion of Antinous celebrates the life of Christine Jorgensen, the first widely-known individual to have sex reassignment surgery. She was born May 30th, 1926, and she died on May 3rd, 1989.

Perhaps the most recognizable transsexual in the world even today, Saint Christine Jorgensen underwent male-to-female sex reassignment surgery in 1952. She went from obscurity to an onslaught of media attention, enduring many bad jokes at her expense.

But entertaining and educating, Saint Christine was a class act. Susan Stryker noted that, "Given a very narrow path to walk through life, she found a way to walk it with style."

She was banned in Boston and named Woman of The Year in New York. Interviewed later in life if she had any regrets, she replied without hesitation, "None at all."