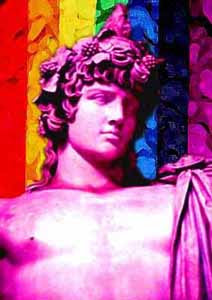 Common actions include large-scale street marches, parades and festivals. In Cuba, for example, Mariela Castro has led out a huge street parade in honor of May 17 for the past several years.
In Chile in 2013, 50,000 people took to the streets to mark May 17, and the VIII Santiago Equality march.
The main purpose of the May 17 mobilisations is to raise awareness of violence, discrimination, and repression of LGBT communities worldwide, which in turn provides an opportunity to take action and engage in dialogue with the media, policymakers, public opinion, and wider civil society.
One of the stated goals of May 17 is to create an event that can be visible at a global level without needing to conform to a specific type of action.
Posted by Hernestus at 12:00 AM