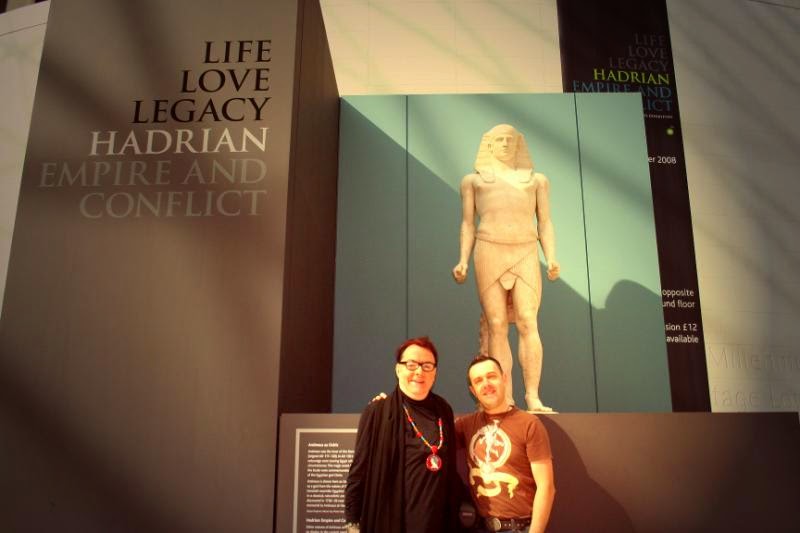 A new priest of Antinous will take his vows Tuesday in London following years-long training as a novice.

The investiture of British author MARTIN CAMPBELL (above in brown T-shirt) will take place in solemn ceremonies officiated by PRIEST HERNESTUS (above in black) from Germany and by KNIGHT STEPHANOS KILGORE, a founding member of the Hollywood Temple of Antinous in Los Angeles.

Martin's priestly name will be Martinus Aristotimus in honor of one of the seven earliest ancient priests of Antinous ... Aristotimus, priest of the Antinous Temple at Delphi.

Wednesday's blog entry will report on the investiture ceremony which makes Martin the fourth currently active priest of Antinous ordained by our branch of this modern-day religion.

Martin, Hernestus and Steve are in London on Tuesday also to see the historic live staging at the Petrie Museum of Egyptian Archaeology of a readers' theatre production of the world's only radio play about Antinous: THE GLASS BALL GAME 6:00 to 8:00 p.m. Tuesday, February 24.

In past years the Petrie held Antinous-related lectures, art exhibits and film events to standing-room-only audiences.

This time they are offering this unprecedented live reading of Mike Walker’s 2005 BBC radio play. 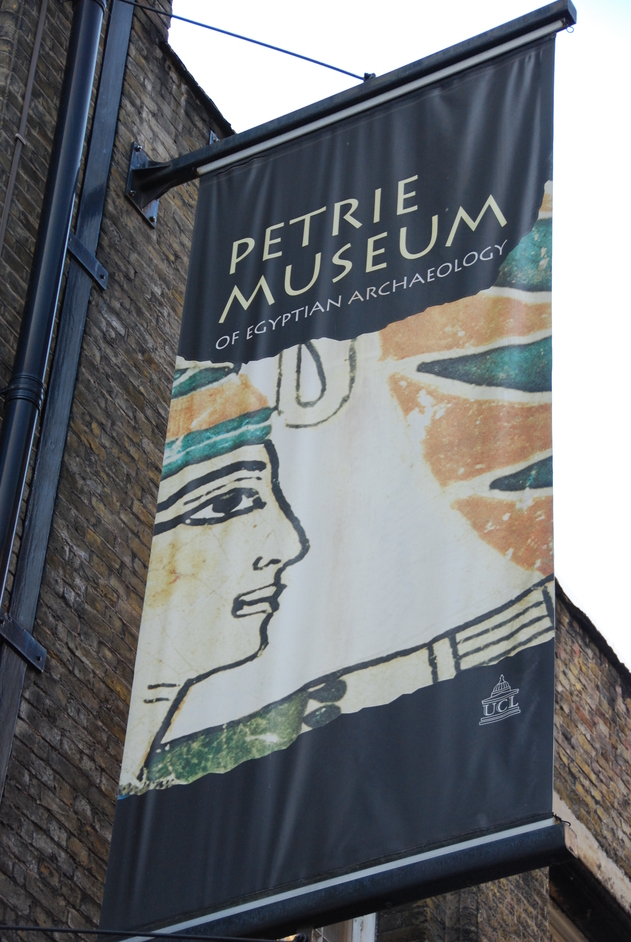 Set in Egypt, 130 AD, "The Glass Ball Game" examines the tragic relationship between the Emperor Hadrian and the beautiful youth.

It will be performed by a cast of professional actors, with Antinous being played by British actor Adam Slynn.

The production will be performed in the PETRIE MUSEUM gallery itself, with audience and actors surrounded by one of the world's largest collections of Egyptian antiquities.

"It's a fascinating and important work, which presents an interpretation of the shadowy events leading to the untimely death and subsequent deification of the enigmatically beautiful Antinous," says JOHN J JOHNSTON, Egyptologist and director of this production.

"The lustrous and instantly identifiable image of Antinous is to be found in museums and galleries throughout the modern world, from the Renaissance onwards," Johnston says.

Seating is limited so reservations are imperative: Doors open at 6 p.m. on 24 February for the performance at the Petrie Museum and the event begins at 6:30, allowing the audience to spend some time engaging with the museum's 80,000 artefacts.

Tickets are £10.00 and include a glass of wine upon entry. Tickets are available at EventBrite: https://www.eventbrite.co.uk/e/the-glass-ball-game-play-reading-tickets-14508141241

Posted by Hernestus at 7:30 PM