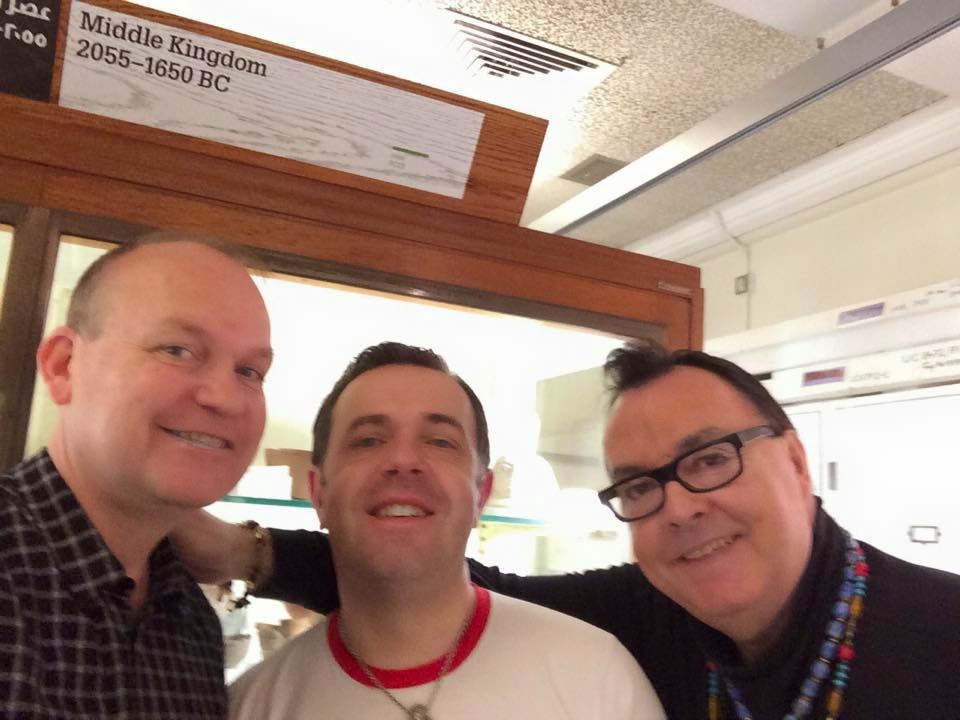 A new priest of Antinous took his formal vows in London Tuesday, the first representative of Hadrian's Beloved Boy there since ancient times when Britain was still the Roman colony of Britannia.

MARTIN CAMPBELL (center) was invested as priest in solemn ceremonies officiated by PRIEST HERNESTUS (right) from Germany and by KNIGHT STEPHANOS KILGORE (left), a founding member of the Hollywood Temple of Antinous in Los Angeles. 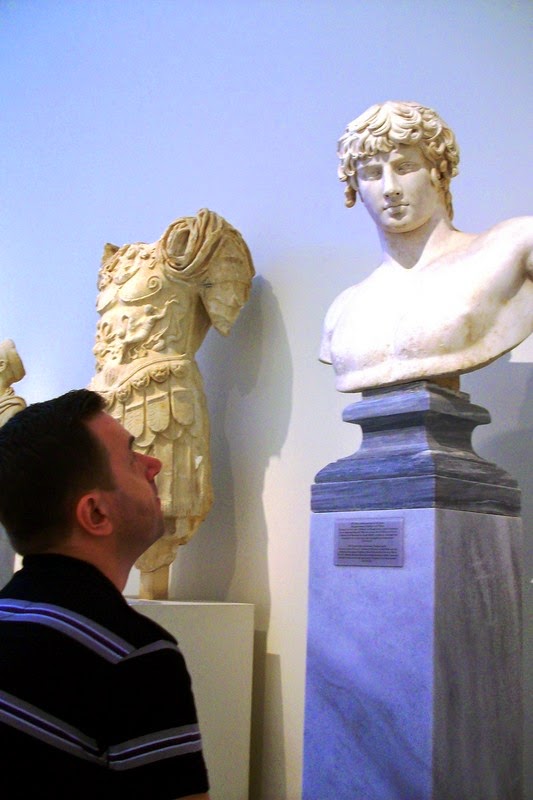 Martin chose the priestly name of Martinus Aristotimus in honor of one of the seven earliest ancient priests of Antinous ... Aristotimus, priest of the Antinous Temple at Delphi.

Anointing Martin's brow with sacred oil, Priest Hernestus said: "I consecrate you Martinus Aristotimos as a Priest of Antinous."

Stephanos, standing between them with arms outstretched in a gesture of protection, said to the new priest: "May the doors be opened to you that need to be opened." 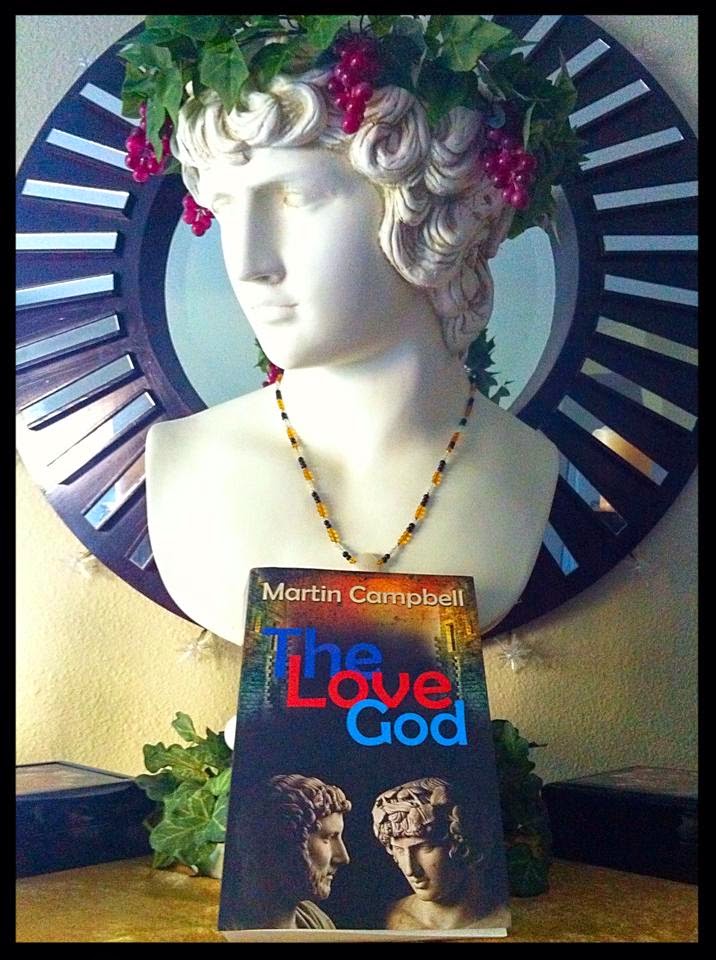 A novice priest in training for a period of years, Martin's greatest achievement was publication last August of his historical novel THE LOVE GOD about the life of Antinous.

In a statement issued in Hollywood, FLAMEN ANTONIUS SUBIA, founder of the modern-day religion of Antinous, said:

"This is a momentous day, a new priest is to be added to the Sacerdotium.

"Martinus Aristotimos will dedicate his life to serve Antinous and perpetuate our religion, he has proven his dedication and devotion and is now willing to answer the calling. 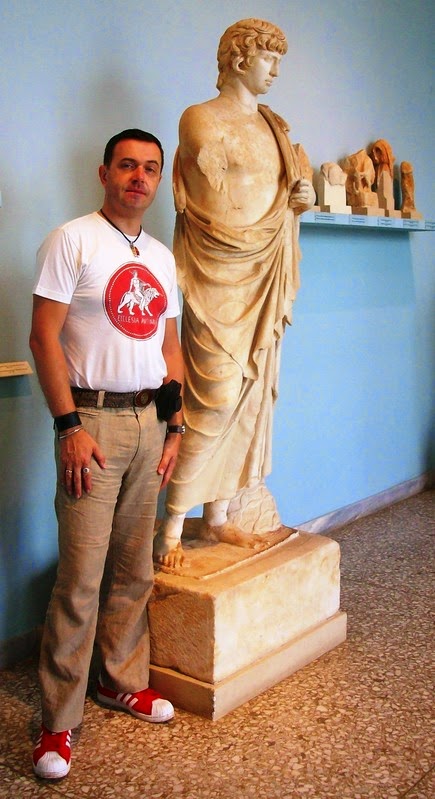 "I give my deepest blessing as Flamen to Martinus Aristotimos, may his priesthood be blessed with power and sacredness, may his Temple grow and prosper and extend into the hearts of many people, in his own country and around the world," Antonius said.

In his first statement of faith as new priest, Martinus addressed the adherents in London: "Did I find Antinous or did Antinous find me? I suspect a little of both," Martinus said.

"I was captivated by his stunning and unusual images from the Roman past. These led me to research on the internet and there he was ... a god, a gay god and still worshipped. 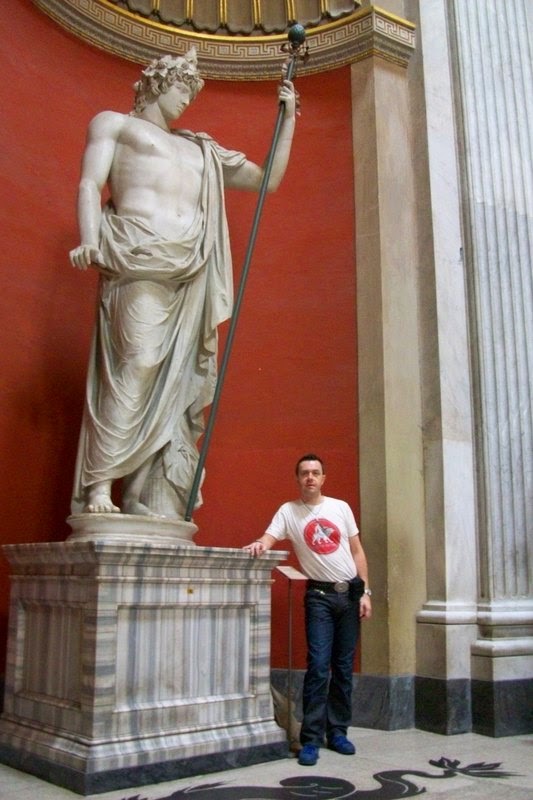 "My spiritual and creative search was over ... here was my god. Here too was the subject for my long postponed novel. It felt I had come home," Martinus told his listeners.

"I heard Hadrian's voice welcoming me and commanding that I write the novel ... my greatest act of worship.

"Today I stand blessed and embraced by Antinous, Hadrian and my fellow priests," Martinus added.

"I dedicate myself to Antinous for the rest of my life.

"I honour Hadrian and the imperial family. I worship Antinous. Blessed be."

Posted by Hernestus at 1:36 AM