IN A FIRST, WE CAN READ WORDS
FROM A VESUVIUS-CHARRED PAPYRUS 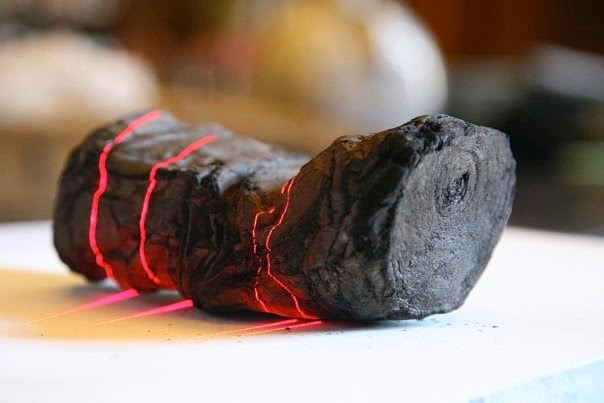 FOR the first time, words have been read from a burnt, rolled-up scroll buried by Mount Vesuvius in 79 AD.

The scrolls of Herculaneum, the only classical library still in existence, were blasted by volcanic gas hotter than 300C and are desperately fragile.

Deep inside one scroll, physicists distinguished the ink from the paper using a 3D X-ray imaging technique sometimes used in breast scans.

They believe that other scrolls could also be deciphered without unrolling.

The work appears in the journal Nature Communications.

The resort town of Herculaneum, sometimes called "the other Pompeii", was similarly buried in ash by Vesuvius. A remarkable library of scrolls was excavated from one of its villas in the 18th Century. 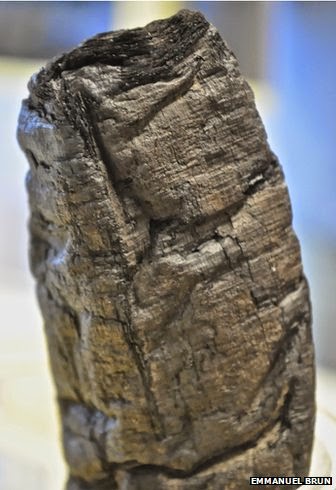 Previous efforts to read them, over many centuries, involved special strategies for unravelling the scrolls as delicately as possible.

Although some unrolled fragments have been read successfully, particularly in recent years with the help of infra-red cameras, such unwinding efforts were eventually abandoned because of how much of the scrolls they destroyed.

Some other efforts to peer inside the rolled-up scrolls using CT scans have revealed the shape of the ancient, coiled layers - but never successfully deciphered their contents.

Now, a team led by Dr Vito Mocella from the National Research Council's Institute for Microelectronics and Microsystems (CNR-IMM) in Naples, Italy, has identified a handful of Greek letters within a rolled-up scroll for the very first time. 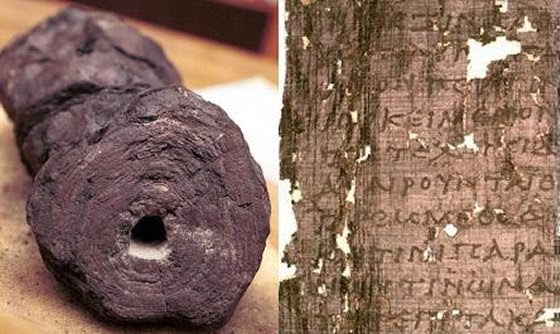 The key to the discovery was a technique called "X-ray phase-contrast tomography", most commonly used in medicine.

In fact, when Dr Mocella's team placed one of the scrolls - carefully - in the path of a very bright X-ray beam from the synchrotron, it was bumps on the paper rather than chemicals in the ink that yielded the long-hidden letters.

"So the letters are there in relief, because the ink is still on the top."
It was this extra thickness - just a tenth of a millimetre - that revealed the strokes of the letters, even after volcanic incineration and two millennia underground.

The work was time-consuming and involved a lot of guesswork, particularly because the layers of paper were not just rolled, but squashed and mangled by their encounter with Vesuvius.

Furthermore, the grid of papyrus fibres within the paper posed complications, because it disguised many of the letters' vertical and horizontal strokes. For this reason, letters with curved lines were easier to pick out.

"I don't think the technique is perfect," said Dr Mocella, who is already planning more experiments to improve it.