STUNNINGLY INTACT BUST OF HADRIAN
DISCOVERED BY ARCHAEOLOGISTS IN SPAIN 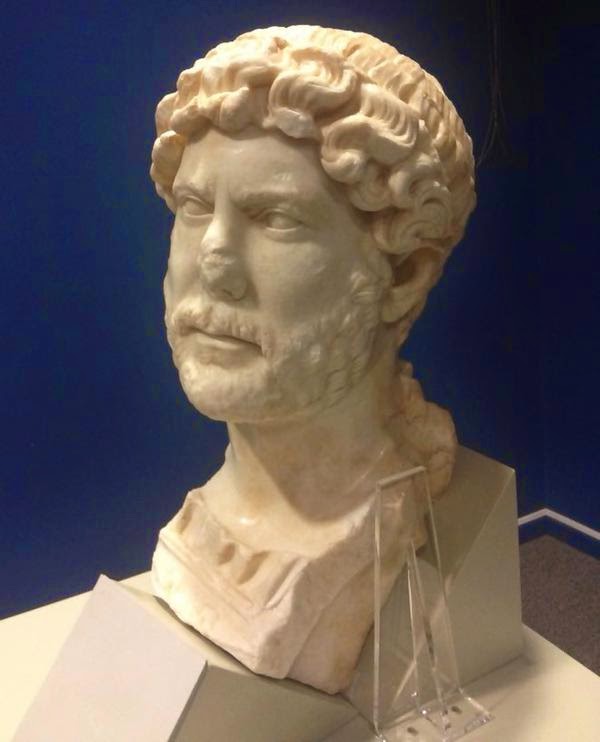 "AVE CAESAR!" cried the head archaeologist Liborio Molina Ruiz when this stunning white marble bust of Emperor Hadrian was found at the dig site of Los Torrejones in Spain.

The surprisingly intact bust measures 52 cm high and 25 cm wide (20 inches by 10 inches). It was found alongside a smaller bust of an as yet unidentified female.

These pieces, presented Thursday by the Spain's Minister of Culture Pedro Antonio Sánchez, were found next to ruins of a large building, probably rectangular, which may have been a temple to the Divine Hadrian.

"It is also possible that the building was owned by a prominent local person who was related to the Emperor, since Hadrian was Hispanic," says archaeologist Liborio Ruiz. 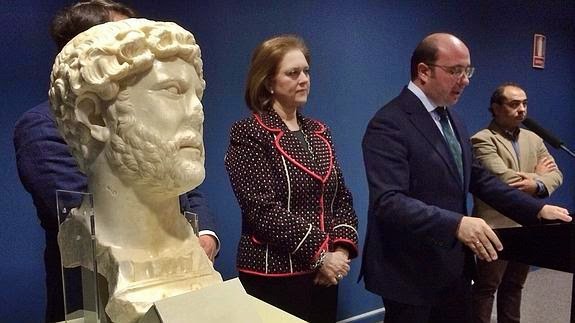 He heads a team of 10 experts painstakingly conducting the dig at this site.

Molina Ruiz has always been convinced that the site holds untold archaeological treasures.

The moment he brushed the dirt off this bust, he knew it was of significant historical value. He consulted other experts who verified his identification of this bust as a portrait of Hadrian.

"It most likely stood atop a plinth in public view," he says. "The face looks regally into the distance, the head tilted slightly to the left. The beard and hair are cunningly crafted in such a way that the Emperor appears to have a halo."

The newly discovered bust will go on display immediately at the Museo Arqueológico de Yecla.