AND NOW THE ACROPOLIS IS CRUMBLING
AS BED ROCK GIVES WAY 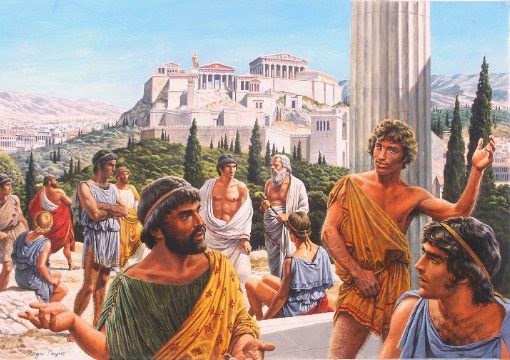 JUST when Greece thought it had come through the worst of the crisis, it has been hit by a new blow—the Acropolis is crumbling.

Engineers have discovered that part of the huge flat-topped rock on which the ancient Parthenon sits in the centre of Athens is starting to give way, the Greek news agency ANA said.

Teams from the Central Archaeological Council found "instability over quite a wide area" after investigating a rockfall in January in which a boulder of "considerable size" tumbled from the most visited site in the Greek capital.

Work to shore up the southern slope of the hill on which the 2,500-year-old temple complex sits will be necessary, the agency reported, blaming rainwater pipes from the old Acropolis museum.

Despite sharp cuts elsewhere, the restoration work on the site that has been going on since the 1970s has remained sacrosanct, a symbol of the country's glorious past.

In the not so glorious present Greece has had to endure six years of brutal recession, with unemployment soaring to 27 percent. However, for the first time since 2008 it is expected to see modest growth of 0.4 percent this year.