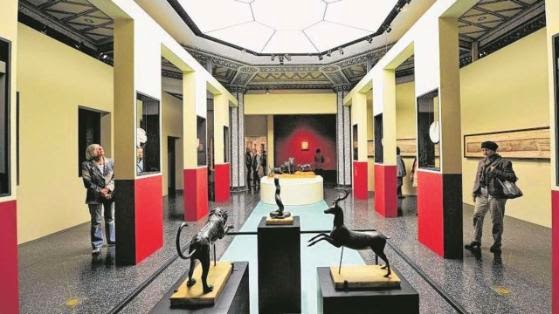 FOR the very first time one of the large villas of Pompeii is being shown in an exhibition in its entirety ... the CASA DEL CITARISTA ... with reconstructed rooms alongside genuine art treasures from the house.

The POMPEII: GODS, MYTHS, MAN exhibition at the Bucerius Kunst Forum in Hamburg Germany is based on the architectural design of the house, displaying the magnificent décor in its original context. 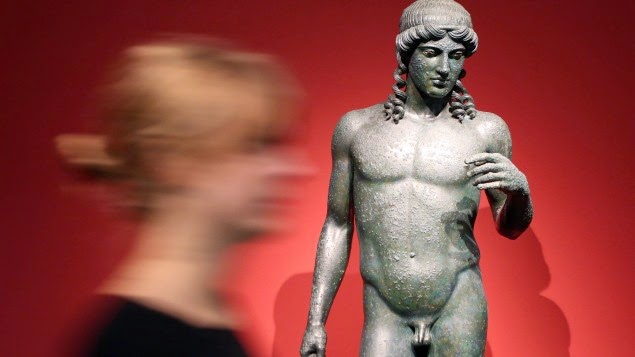 The unusually large frescoes, bronze figures, reliefs and portraits are among the most beautiful works of art found in the city at the foot of Mount Vesuvius.

Life in ancient Pompeii and the role of art in daily life can be experienced through more than 80 outstanding loans from the National Archeological Museum of Naples.

Citizens of ancient Pompeii decorated their living spaces with scenes of mythical lovers, floating gods and goddesses and gardens. These murals are among the best examples of Roman painting to have survived.

The exhibition Pompeii. Gods, Myths, Man at the Bucerius Kunst Forum reveals the development of Pompeiian imagery from its beginnings to the destruction of the city in the wake of the eruption of Mount Vesuvius in 79 A.D. 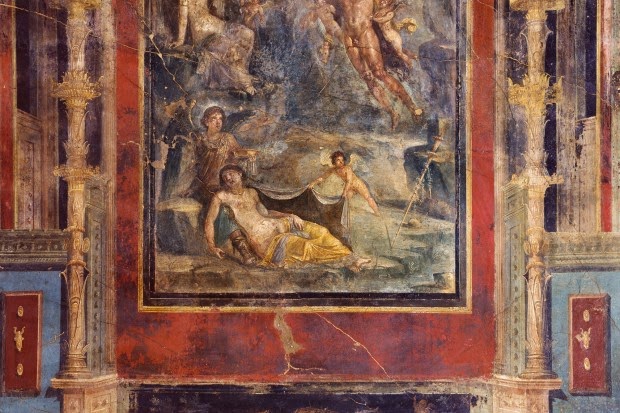 The show focuses on the House of the Cythara Player or Lyre Player, presenting its large paintings and magnificent furnishings for the first time together in an exhibition.

The Casa del Citarista tells the story of the Popidius family, one of the richest and most respected families of Pompeii, who continually extended their villa over generations following its erection around 300 B.C. 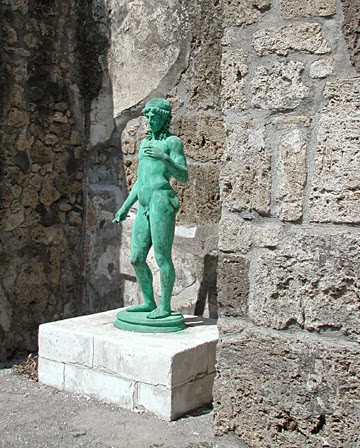 A life-sized statue of Apollo playing the lyre gave this complex its name. Three large gardens surrounded by open colonnades formed the center of this nearly 3,000 square meter building.

Sculptures and reliefs made of bronze and marble decorated the gardens, valuable bronze fountain sculptures served as water jets.

Statues, figurines and altars that attest to the household gods have all been preserved along with the remains of furniture and the homeowner’s jewelry which were left behind during the eruption of Vesuvius.

The show gives an impression of the condition of the house shortly before the volcanic eruption. A digital reconstruction of the Casa del Citarista, which was created in cooperation with the Museo Archeologico Virtuale in Herculaneum, supplements this exhibition.