DID ANTINOUS KNOW THE JOKE
ABOUT THE SEXY WIFE WHO HAD NO BREAD? 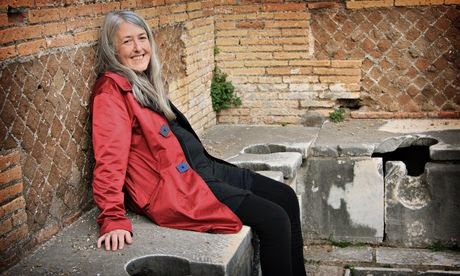 HERE are eight great jokes which may have made Antinous laugh ... or else groan at how old they were even when he heard them.

They are a selection from a new book on old jokes published by Mary Beard, professor of ancient history at the University of Cambridge and star blogger … who has bravely taken on the challenge of discussing Roman humor. 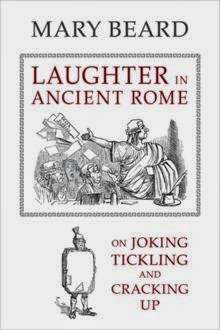 She says seeing what made the Ancient Romans laugh helps us to understand them.

Here are eight jokes from the book:

1. A bloke comes home to his over-sexed wife and he says to her: "What shall we do this evening darling? Shall we have dinner or make love?"
She says: "I don't mind, but we haven't got any bread."

2. A man from Abders sees a runner being crucified. What does he say? He says: "My goodness, now he is literally flying."

3. A stupid, uncultured collector was taking precious old paintings away from the city of Corinth and said to the captains who were loading them on to transport ships: "If you lose any of them you'll have to replace them with new ones."

4. One joke dated to April 21, 248AD, is set at the millennial games to celebrate 1,000 years of the city of Rome. A man spots a defeated athlete in tears and tries to cheer him up. "Don't be upset," he said, "I'm sure you'll win at the next millennial games."

5. A patient says to his doctor that when he gets up in the morning, he feels dizzy for about 30 minutes. The doctor says, get up 30 minutes later then.

7. A cowardly hunter dreams he is being chased by bears so he buys a pack of hounds to sleep next to him.

8. A scholasticos is given a commission by a friend, who asks if he can bring back two slave boys, each aged 15. The scholasticos says: "Ok, if I can't find two 15-year-olds, I'll bring you back one 30-year-old."

But Beard also reflects on even bigger historical questions. What kind of history of laughter can we possibly tell?