AMAZING CACHE OF ROYAL MUMMIES
COULD INCLUDE NEFERTITI, AKHENATEN 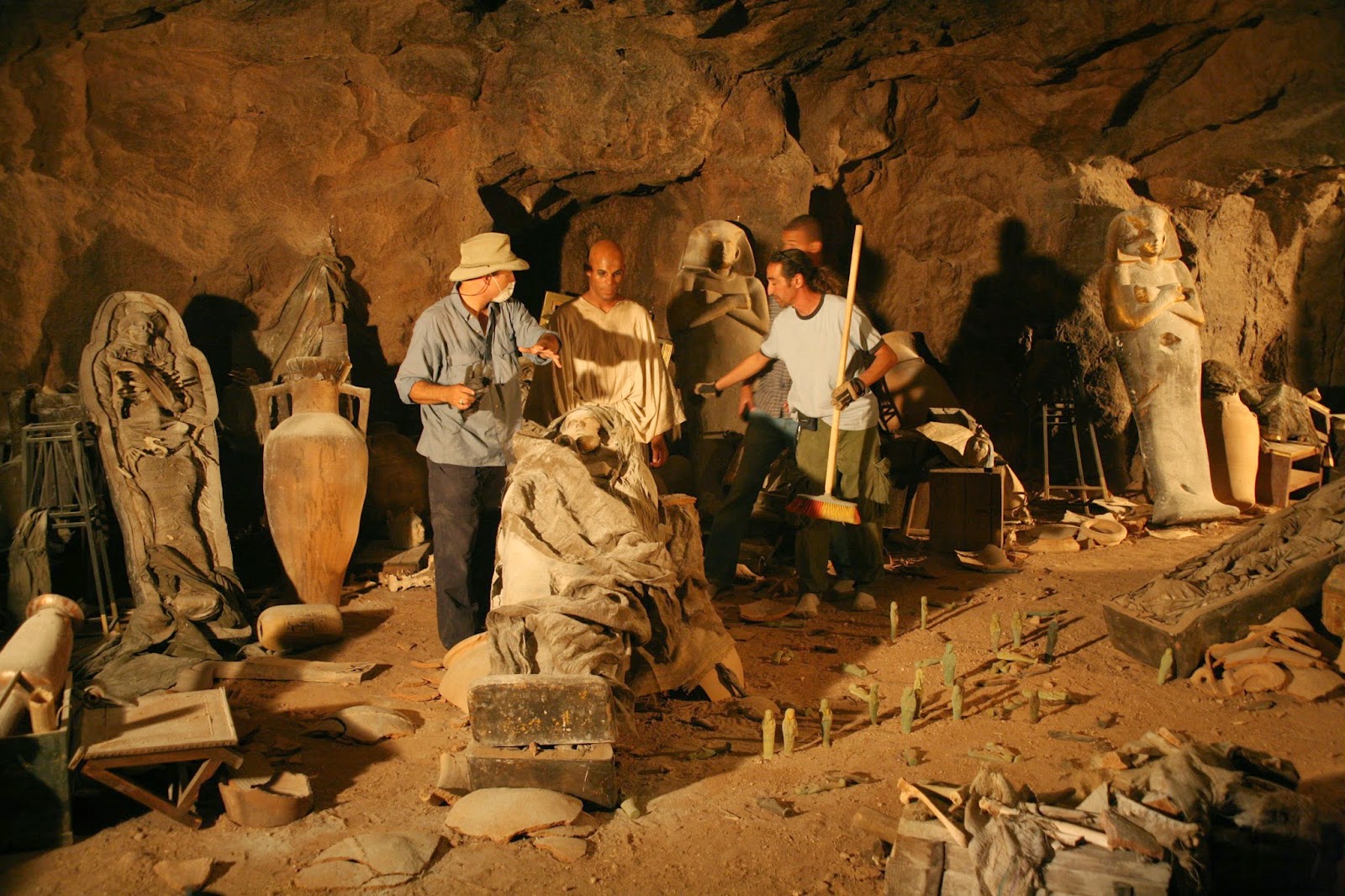 HAVE the mummies of Nefertiti, Akhenaten and possibly even Hatshepsut been found at last?

Egyptologists around the world are electrified by the news that a cache of 50 royal mummies has been discovered in a huge tomb in Egypt's Valley of the Kings in Luxor.

This could be the biggest sensation since the discovery of Tutankhamun's tomb.

Experts immediately compared it to the discovery in 1881 of a cache of mummies which turned out to be kings and other nobility from the 18th and 19th Dynasties.

That 1881 mummy cache was the greatest discovery until the Tutankhamun find, and it has been the subject of many books and documentaries (the image above is from one recent TV series).

In ancient times of turmoil and looting, the priests of Egypt would remove royal mummies from their tombs and hide them in caves or obscure tombs where robbers would not think to look for them.

Such a cache of mummies could contain dozens of kings, queens, their children and other nobility … all thrown in together for safe-keeping, albeit in an undignified heap. 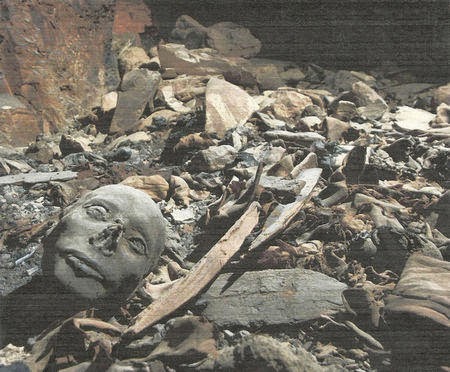 The latest mummy cache includes males, female and even infants from the 18th and 19th Dynasties … which include the reigns of Hatshepsut, Akhenaten and the Ramesside kings.

According to initial studies of the find, princes and princesses were among the bodies found in the tomb, which had been raided in previous eras, Egypt's MENA news agency reported.

The discovery was made by a Swiss team from the University of Basel working with the Egyptian government.

Antiquities are vital to Egypt's tourist trade but, beset by insecurity and political chaos in the three years since the Arab Spring, the country has failed to secure ancient sites and stop theft from museums, mosques, stores and illegal excavations.