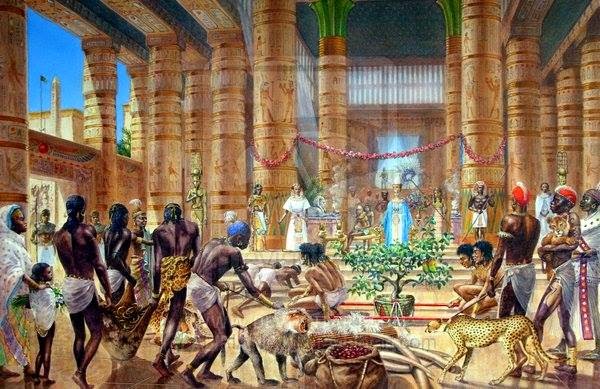 A mummified baboon has led Egyptologists to the location of the fabled "Land of Punt" ... source of gold, frankincense, myrrh, ivory and baboons for the Ancient Egyptians.

Hatshepsut famously sent an expedition to "Punt" to return with rare animals, ivory, Puntite dignitaries and even entire frankincense trees in pots for replanting in her gardens, as shown in this illustration.
To the Egyptians, Punt was a place of fragrances, giraffes, electrum and other exotic goods, and was sometimes referred to as Ta-netjer, or "God’s land" ... no further explanation was needed for them.

Until now, however, experts did not know the exact location of "Punt" ... because, while Egyptian art shows expeditions to Punt in tantalizing detail, the Egyptians apparently assumed everybody would know where it was located ... which was true 3,300 years ago ... but not today.

Now, forensic scientific analysis of a mummified baboon in the British Museum shows Punt was located in what would now be eastern Ethiopia and all of Eritrea. 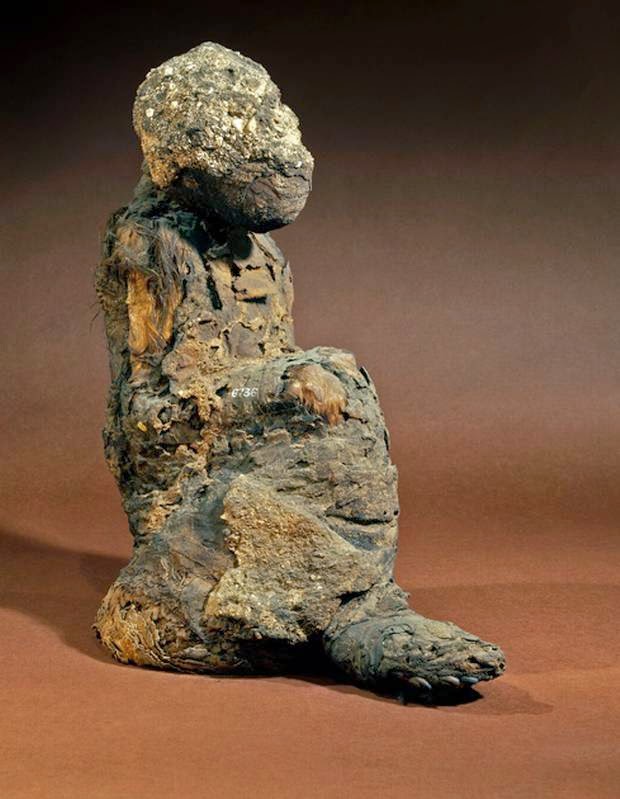 Analysis of a mummified baboon in the British Museum has revealed the location of the land of Punt as the area between Ethiopia and Eritrea.

Live baboons were among the goods that we know the Egyptians got from Punt.

The research team included Professor Salima Ikram from the Egyptian Museum, Cairo, and Professor Nathaniel Dominy and graduate student Gillian Leigh Moritz, both from the University of California, Santa Cruz.

Working on the baboon discovered in the Valley of the Kings, the researchers compared the oxygen isotope values in the ancient baboons to those found in their modern day brethren.

Although isotope values in baboons in Somalia, Yemen and Mozambique did not match, those in Eritrea and Eastern Ethiopia were closely matched.