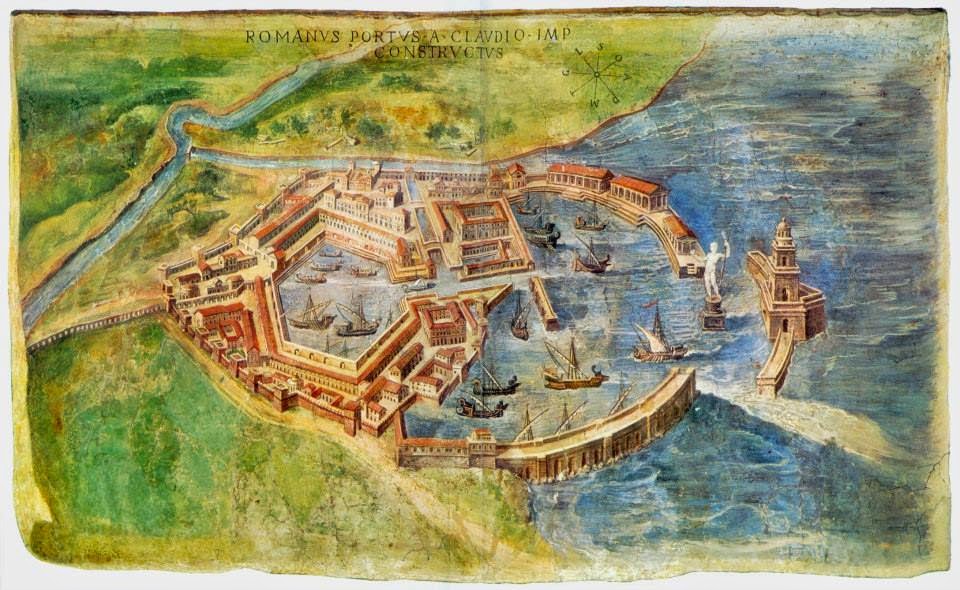 A "new" part of the ancient Roman port of Portus or Ostia Antica has been discovered which makes the well-preserved city even larger than Pompeii, according to British archaeologists who unearthed it.

The discovery reveals streets and neighborhoods which Antinous and Hadrian no doubt saw when leaving or arriving Rome's biggest port city on their voyages to far-flung Roman provinces.

The new discovery means the fanciful modern illustration above in the style of Roman frescoes will have to be modified to cover a much larger area.

The discovery, by experts from the universities of Southampton and Cambridge, teamed with the British School at Rome and Italian archaeologists, has been made on the other side of the Tiber, proving the river did not border the town, but ran through it, splitting Ostia Antica in two.