NEW SAINTS OF ANTINOUS FOR 2020 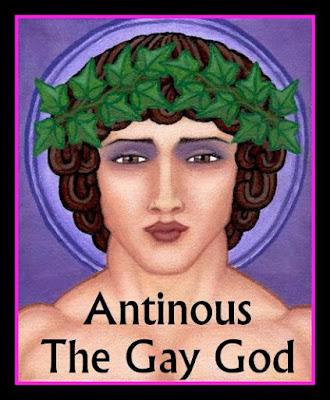 NEW saints of Antinous were announced by the Hollywood Temple of Antinous tonight during Foundation Day ceremonies shared globally with worshipers in North and South America and in Africa and Europe via Zoom.

Foundation Day commemorates the founding of the city of Antinoopolis by Emperor Hadrian on 30 October 130 AD on the shores of the Nile where Antinous died a few days earlier.

That was 1,890 years ago, and Foundation Day marks the beginning of our liturgical calendar ... Happy New Year 1890!

"This is a joyous occasion," said Priest Jim Crawford, participating from Washington DC in the evening's ceremonies. "We have mourned the death of Antinous. Now we rejoice in his deification and the foundation of his new city and religion!"

After weeks of deliberations, FLAMEN ANTONIUS SUBIA announced the following New Year's List of SAINTS OF ANTINOUS for the new liturgical year.