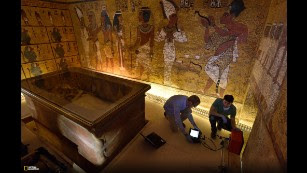 A new series of radar scans has revealed more secrets, but experts caution an impatient world that the results require patient study before any firm details can be revealed.

Egypt's new antiquities minister says that a third round of radar scans seeking hidden chambers in the famous chamber offered more hints in the search for what could be Queen Nefertiti's tomb.

"We have a lot of information. So at this moment, 10 hours after finishing work, we can't say 100 per cent whether there is something or not," Antiquities Minister Khaled El-Anany said after the scans were complete. 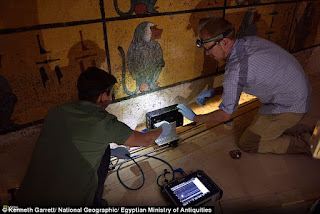 It will take at least a week to review the extensive data collected by two types of radar scanners, he said. The team needs time to remove signal interference and anomalies in the data, said Mohamed Abbas, the head of the Egyptian team involved in the research.

A fourth round of scanning, using yet another technique, is scheduled for later in April, followed by an international conference of experts on May 8 to discuss the findings.

Earlier, it was officially confirmed that the secret chambers behind hidden doorways in the tomb of Tutankhamun "contain either metal or organic material." 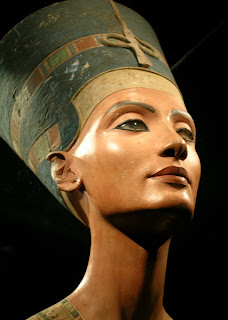 New scans will be conducted later this month to determine the exact dimensions of the chambers, said the Ministry. 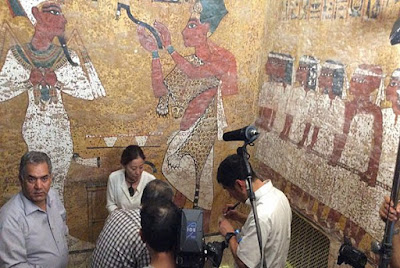 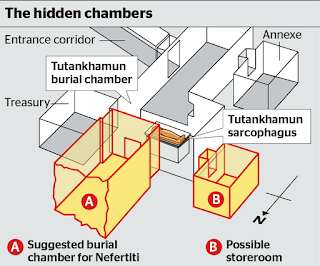