HE may have slain the Nemean Lion, stolen the apples from the Hesperides and captured the ferocious Cretan bull, but poor Hercules has a big problem holding on to his penis.

The penis from the statue of the ancient Greek hero in the seaside French town of Arcachon is a hot commodity. 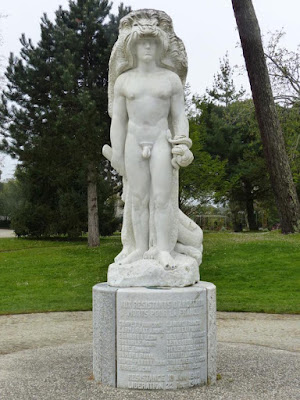 Over the years, vandals would remove the penis ... some locals said it was a badge of honor to display Heracles' penis in your home ... and just as quickly, city officials would rush to replace it, not wanting to leave the Greek hero without his manliness.

A number of unsolved cases of thefts of the statue's penis have been reported in the area throughout the years and Mayor Yves Foulon decided it was time to put the "systematic" issue to rest.

"I wouldn't want anyone ... not even my worst enemies ... to go through what happens to this statue," he said.

The race to replace the penis every time it was stolen forced officials to outsmart the vandals and create a prosthetic, removable version that can be attached to the statue and removed ... and kept in safe storage for special occasions and city events at the park.

"Considering Heracles' fragile manhood we’ve chosen to give him a removable prosthetic that we can add to the statue before each ceremony," according to the town's deputy mayor Martine Phelippot.

"This is the best solution, otherwise you just end up constantly chasing after the anatomy of Heracles." 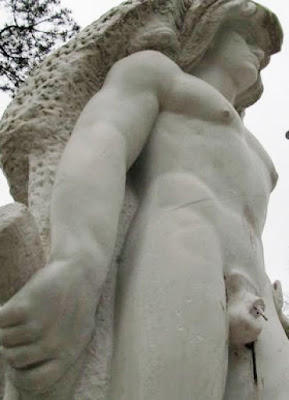 Their 9-foot-tall statue of Greek mythology’s divine hero was erected in the Parc Mauresque in 1948 and has been a contentious issue since.

The local sculptor Claude Bouscau was forced to "shorten" the penis ... twice ... because it was deemed "shockingly big" by some local women back in the late 1940s.

Add to this the decades of vandalisms and thefts and it's safe to say, Hercules' penis has been a big matter in this small French town.

But the scandal comes with a long (excuse the pun) history, fit for any Greek hero.

Hercules was the son of Zeus and Alcmene, and turned heads in his time for killing the magical Nemean lion with his bare hands.

As a matter of fact, it is the skin of this lion that covers the back of this particular Hercules statue, erected as a metaphor for France's resistance against Nazi forces.

Hercules was also known in Greek mythology to have slept with 50 women in one night … in addition to many youths and men ... so the metaphor of a prosthetic penis may not be that far off base, considering all of the wear and tear the real one got.

From now on, thanks to French ingenuity, Hercules' penis will be kept under lock and key and far away from would be penis thieves.